Why meddle in Nepal?

SURELY, Prime Minister Narendra Modi wasn''t referring to Nepal''s current plight when he expressed his desire in August last year to “HIT Nepal”? In August 2014, Modi, received with a rapturous welcome in Kathmandu, told Nepal''s Constituent Assembly, “I want to HIT Nepal,” drawing a generous ovation from the lawmakers. 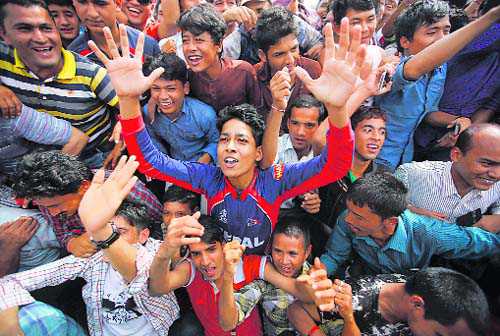 People celebrate a day after the first democratic Constitution was announced in Kathmandu on September 21, 2015. AFP