SRINAGAR: “It is very unfortunate that there is high increase in the rape instances and ravenous maniacs are not even sparing girls of a very tender age,” J&K High Court observed in a judgment early this month on February 1 while cancelling a bail to a rape accused from Kupwara. 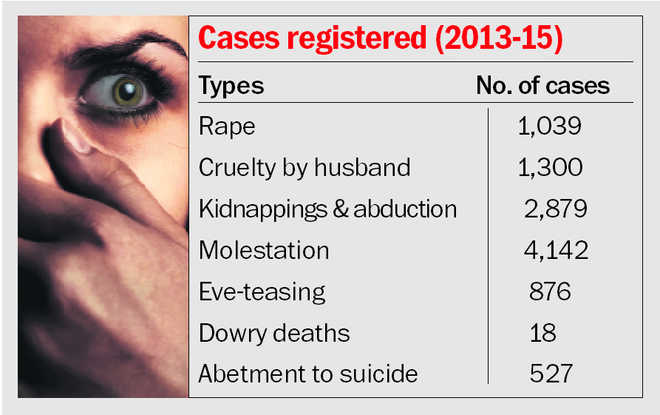 “It is very unfortunate that there is high increase in the rape instances and ravenous maniacs are not even sparing girls of a very tender age,” J&K High Court observed in a judgment early this month on February 1 while cancelling a bail to a rape accused from Kupwara.

The court observed that “rape is a crime against one’s mind, psyche and reputation and it leaves a permanent scar on the life of the victim”.

In this particular instance, a group of youths had kidnapped a minor girl hailing from a village in Kupwara on May 2, 2016. Acting upon the complaint of the victim’s father, the police had subsequently recovered the minor girl. In her statement, too, the victim admitted her kidnapping by the accused as also commission of rape upon her. Medical examination had also revealed the offence upon her under Section 376 of the RPC.

In another incident on February 10, the J&K Police in north Kashmir arrested a young woman in Bomai Sopore for throwing hot cooking oil over the face of her 38-year-old sister-in-law, mother of three children. The complaint was registered by the woman’s husband against his own sister and subsequently an FIR under Section 498-A (husband/relative of husband of a woman subjecting her to cruelty) and 307 (attempt to murder) of the RPC was registered in the matter and investigation taken up.

The argument between the two women had started over cleaning of spilled water on the floor.

Such instances throw light on the rising violence against women in the conflict-ridden Kashmir valley. The recent National Crime Records Bureau (NCRB) report (2016) also revealed that J&K has higher rate of crime against women than the all-India average.

As per the available data, the state has seen a steep rise in crimes against women over the past many years. Since 2013 to mid 2016, the police have registered more than 11,000 cases involving crimes against women along with the arrest of 13,579 accused in the same period.

The figures with the state Crime Department further reveals that cases of molestation, rape, kidnapping and abduction, eve-teasing, dowry death, cruelty at the hands of husband, suicide cases, cases under the Dowry Prohibition Act and immoral trafficking were being reported and registered across police stations in Kashmir.

Though a majority of crimes against the women are not reported in police stations, however, most of the reported crimes are related to domestic violence or desertion by husband.

“Majority of the cases that come before courts in Kashmir are related to domestic violence involving physical violence by in-laws or husband under Section 488 of the RPC, wherein women seek maintenance after being deserted by the husband,” Mir Urfi, a lawyer told the Tribune, who have handled a large number of such cases in Srinagar.

Urfi also attributed this phenomenon to the conflict situation of the region, where most of the time a majority of the residents unwittingly live under stressful conditions.

“People are losing patience on the slightest of the provocations. This is one of the most common factors which I come across while handling cases related to crime against women,” she added.

Moreover, the police term moral degradation, absence or lack of counselling at the societal level, or value-free environment, as the main reasons for the rise in crime incidents against women in ‘Raesh Vaer’ (The valley of saints as Kashmir was known in earlier times).

“However, a majority of the women do not come forward to report the incidents or register complaints and prefer remaining silent,” a senior police officer said.

Sociologists on the other hand attribute the rising crime against the women to the prolonged armed conflict and modernisation.

“The conflict has increased stress levels resulting in lack of tolerance and the modernity has also fragmented our society,” a sociologist said.

AIMPLB said the apex court has already dealt with the issue