JAMMU: The renovation work at the historic Mubarak Mandi complex, the royal residence of the erstwhile Dogra rulers of Jammu and Kashmir, continues to crawl at a snail’s pace as only 5 per cent amount out of the estimated cost of Rs 298. 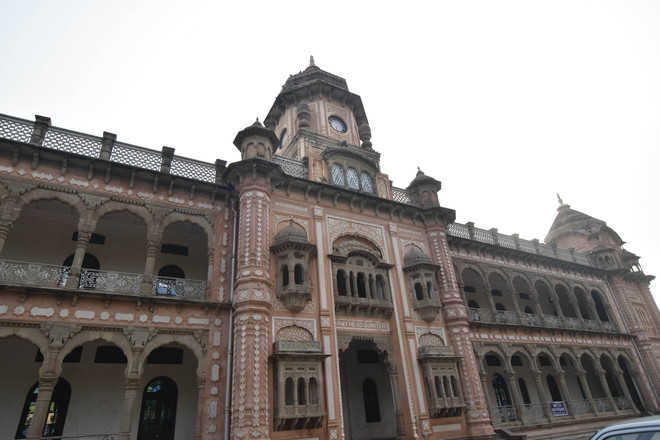 The renovation work at the historic Mubarak Mandi complex, the royal residence of the erstwhile Dogra rulers of Jammu and Kashmir, continues to crawl at a snail’s pace as only 5 per cent amount out of the estimated cost of Rs 298.86 crore has been spent on the project during the past 11 years.

The project commenced in 2008 without any specific deadline fixed for its completion, but the state authorities and the executing agencies have virtually taken it for granted as only Rs 17.88 crore has been received by the Mubarak Mandi Jammu Heritage Society (MMJHS), the nodal agency, out of which Rs 17.47 crore has been incurred on the “conservation of Mubarak Mandi complex buildings”.

This is in spite of the state government sanctioning an amount of Rs 65.38 crore under the Jammu & Kashmir Infrastructure Development Finance Corporation (languishing projects) for six sub-projects with the deadline of 18 months from the start of execution of each sub-project. The conservation work is being executed by the Archeological Survey of India (ASI).

A single visit to the complex is enough to show the slow pace of conservation work where only four to five labourers can be spotted working on the project. What is more ironical is that they seldom work on Sundays. Barring occasional visits of senior officials, there has been no supervision on the quality and pace of work.

The MMJHS has candidly admitted that “the ASI has showed its inability to speed up the progress of conservation works because of shortage of trained manpower with them”.

The historic complex spreads over 14 acres of prime land and is steeped in a history of 187 years. Barring a structure that used to house erstwhile Army Headquarters and Foreign Office, no other major building had been renovated in the past 11 years.