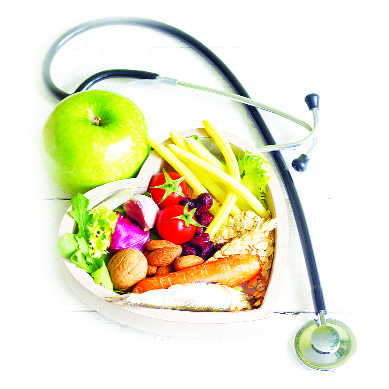 Older people who get less deep sleep have higher levels of the brain protein tau, a sign of cognitive decline and Alzheimer's disease, according to a study. Slow-wave sleep is the deep sleep people need to consolidate memories and wake up feeling refreshed, say researchers. The findings, published in the journal Science Translational Medicine, suggest that poor-quality sleep in later life could be a red flag for deteriorating brain health. “Measuring how people sleep may be a noninvasive way to screen for Alzheimer's disease before or just as people begin to develop problems with memory and thinking,” an expert adds. The brain changes that lead to Alzheimer's start slowly and silently. Up to two decades before the characteristic symptoms of memory loss and confusion appear, amyloid beta protein begins to collect into plaques in the brain. Tangles of tau appear later, followed by atrophy of key brain areas. Only then do people start showing unmistakable signs of cognitive decline. The challenge is finding people on track to develop Alzheimer's before such brain changes undermine their ability to think clearly. For that, sleep may be a handy marker. Experts studied 119 persons (60 yrs or older). Most (80 per cent) were cognitively normal, and the remaining were very mildly impaired. Experts monitored the participants’ sleep at home over a normal week of both night sleep sessions and daytime napping. They found decreased slow-wave sleep coincided with higher levels of tau in the brain and a higher tau-to-amyloid ratio in the cerebrospinal fluid. “The key is that it wasn't the total amount of sleep that was linked to tau, it was the slow-wave sleep, which reflects quality of sleep. The people with increased tau pathology were actually sleeping more at night and napping more in the day, but they weren't getting as good quality sleep,” found experts.

A new study suggests that with irregular fasting and a strictly controlled diet, you can lose more weight and improve health. The study showed that women, who fasted intermittently and restricted their food, improved their health more than those who only restricted their diet or only fasted intermittently. Obese women who followed a diet in which they ate 70 per cent of their required energy intake and fasted intermittently lost the most weight. “Intermittent fasting, at least in the short term, may provide better outcomes than daily continuous diet restriction,” says an expert. For the study, the researchers involved nearly 100 overweight or obese women aged between 35 and 70. They followed a typical diet consisting of 35 per cent fat, 15 per cent protein and 50 per cent carbohydrate over 10 weeks. Participants who fasted intermittently ate breakfast and then refrained from eating for 24 hours followed by 24 hours of eating. The following day they fasted again. — Agencies