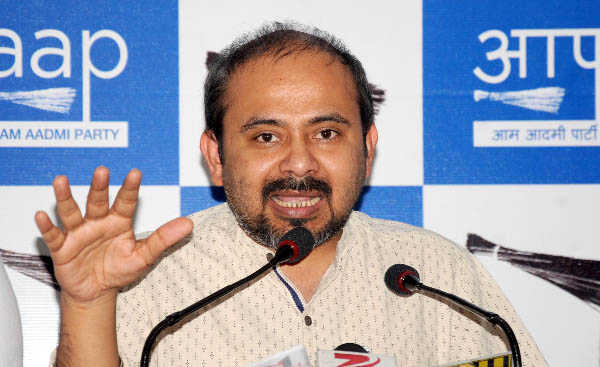 To counter the BJP on the appointment of 21 parliamentary secretaries in Delhi, the Aam Aadmi Party today accused the BJP of creating “illegal” posts in the three civic bodies – South, North and East Delhi Municipal Corporations.

“The BJP has no moral ground to talk about the parliamentary secretaries in the AAP government as they themselves created illegal and unconstitutional posts in the civic bodies here. It is a matter of corruption,” said AAP leader Dilip Pandey.

Talking to mediapersons, Pandey said according to the Delhi Municipal Corporation Act, there was no provision for the posts of leader of house and leader of opposition in the civic bodies. But the BJP, in tandem with the Congress, created these posts.

The BJP has been governing all the three civic bodies for the past nine years.

Earlier this week, President Pranab Mukherjee rejected the Delhi government’s Bill to exempt the post of parliamentary secretary from the office of profit with retrospective effect.

The Congress and the BJP have sought disqualification of 21 AAP legislators appointed as the parliamentary secretaries and demanded bypolls in their constituencies.

In a 70-member Delhi Assembly, the AAP has 67 members and the BJP has three. If 21 AAP legislators are disqualified, AAP’s strength will substantially come down and Delhi will face a mini-election to the Assembly.