NEW DELHI:There is no scarcity of water as the Delhi Jal Board (DJB) is supplying water more than its capacity, said DJB vice-chairman Dinesh Mohaniya. 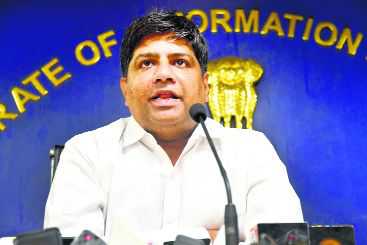 There is no scarcity of water as the Delhi Jal Board (DJB) is supplying water more than its capacity, said DJB vice-chairman Dinesh Mohaniya.

He said the entire country is facing drought-like situation and as the temperature is rising, the demand of water is increasing in Delhi too. The board has enhanced the production of water and has been successful in meeting the demand, he said.

The DJB has enhanced its capacity from 800 MGD (million gallons a day) to 936 MGD in the past four and a half years. He said the board was supplying water to 600 unauthorised colonies and border areas like Najafgarh and Devali.