NEW DELHI:Amid an Uttar Pradesh Government’s proposal for a steep 25 per cent power tariff increase in the state, Delhi Deputy Chief Minister Manish Sisodia on Tuesday accused the BJP of having double standards on the matter. 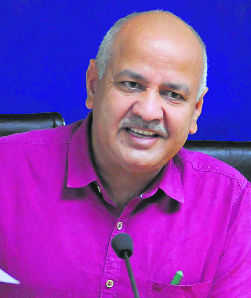 Amid an Uttar Pradesh Government’s proposal for a steep 25 per cent power tariff increase in the state, Delhi Deputy Chief Minister Manish Sisodia on Tuesday accused the BJP of having double standards on the matter.

“The BJP keeps raking up the power tariff issue in the national capital, while it has gone silent on the proposed 25 per cent increase in UP, including the NCR region. Delhi is the only state in the country that has not increased power tariff in the past four years,” he told the media here.

The Delhi unit of the BJP has been attacking the AAP government over the increase on fixed charges in power tariff, claiming Rs 7,000 crore has been collected from consumers.   “The power tariff in Delhi  is the lowest. But look at UP. Its residents are already reeling under high tariff and regular outages. The tariff there is five times the price in Delhi,” Sisodia said. — TNS