NEW DELHI:Delhi Chief Minister Arvind Kejriwal on Tuesday said Delhiites had slayed dengue and managed to bring pollution levels under control as he urged people to defeat “Raavan-like forces” in the society this Dussehra. 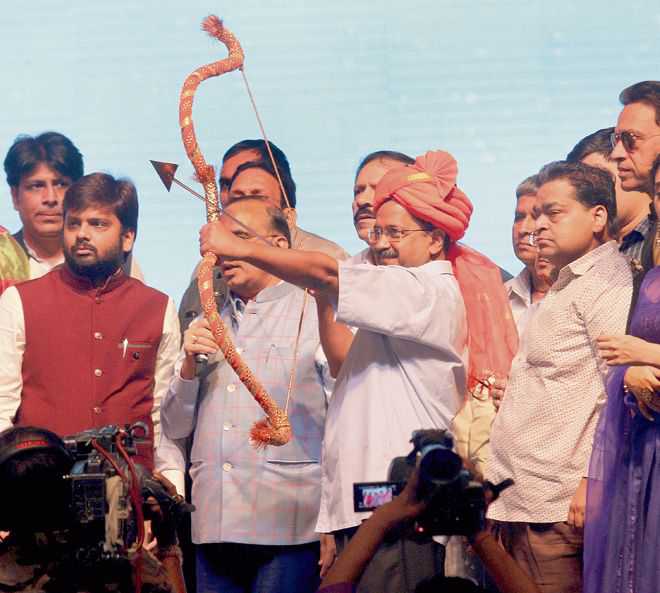 Delhi Chief Minister Arvind Kejriwal on Tuesday said Delhiites had slayed dengue and managed to bring pollution levels under control as he urged people to defeat “Raavan-like forces” in the society this Dussehra.

He was speaking at a Dussehra event near the Red Fort. The burning of the giant effigies, signifying the triumph of good over evil, was organised by the Luv Kush Ram Leela committee.

Kejriwal fired an arrow to burn the effigies of demon king Ravana, his son Meghnad and brother Kumbhakarna.

He said Delhiites have also managed to bring pollution levels under control. “Pollution has started reducing in Delhi and it has reduced by 25 per cent. On the eve of Diwali, the Delhi Government has planned a laser show at Connaught Place and I invite all of you to come there,” he said. Actress Bhumi Pednekar was also present on the occasion. —PTI