LONDON: A British-Indian female banking chief from the UK''s wealthiest Hinduja family has lashed out at the "toxic culture" that exists for women in the financial world. 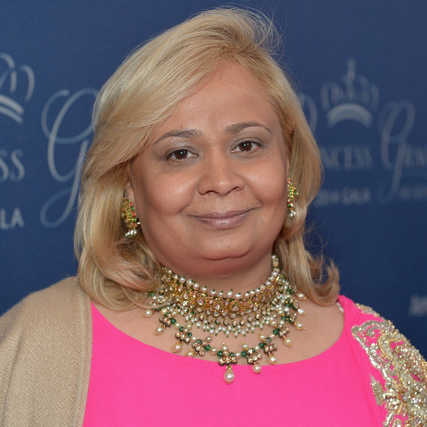 Shanu Hinduja, the chairperson of the Switzerland-headquartered Hinduja Bank.

A British-Indian female banking chief from the UK's wealthiest Hinduja family has lashed out at the "toxic culture" that exists for women in the financial world.

Shanu Hinduja, the chairperson of the Switzerland-headquartered Hinduja Bank, told the Sunday Times that female entrepreneurs were frozen out by a "deeply patriarchal" system that often refused to fund their ventures.

The 55-year-old daughter of S P Hinduja and niece of G P Hinduja—the brothers who topped 'The Sunday Times Rich List' for 2019 last week with an estimated fortune of 22 billion pounds—is among a few women at the helm of a major financial institution in Europe.

"As the chair of a bank, I all too often witness the toxic culture for women in the banking sector. We are underrepresented at all levels of the global financial system," she said.

Shanu believes that mothers are particularly penalised as many male investors doubt they would focus fully on their work when they have a young family.

"It remains widely accepted among investors that women—especially those of childbearing age—aren't going to give their business ideas their full efforts and attention," she said.

The banker criticised companies for failing to promote women as a result of widespread "subconscious bias" against them.

She singled out venture capital investors—the funds that back early-stage businesses long before they become profitable—as a reason more women do not go into business.

Besides banking, her family's business empire, founded in Mumbai in 1914 by her grandfather Parmanand Hinduja, is spread across a range of sectors, including oil and gas, energy, media, property and automotive.