NEW DELHI:In what could set a future template for claiming “disability” due to service in the armed forces, the forces are veering towards the idea that lifestyle diseases should not merit benefits such as tax-free pension, while those who get physical injuries in battle on peace postings should be given their due. 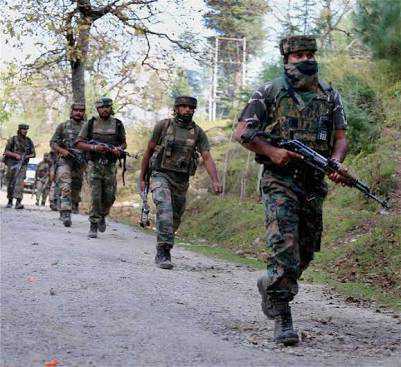 In what could set a future template for claiming “disability” due to service in the armed forces, the forces are veering towards the idea that lifestyle diseases should not merit benefits such as tax-free pension, while those who get physical injuries in battle on peace postings should be given their due.

With close to 40 per cent of “disability” cases being of lifestyle issues, the Army is clear that “non physical” injuries should not merit any benefits. “People have claimed disability for hypertension, lower back ache, diabetes, hearing loss and obesity-linked disorders,” a top military official told The Tribune. Such “non-physical” diseases have not been caused in line of combat or even an accident at a military exercise. These persons with “non-physical” injuries are also eligible for “disability pensions” that provide for the pension and disability pension being tax-free.

The disability pension is graded as per the injury of the person. And that gradation further translates into quantum of “disability pension”. It can vary from 60 per cent to 15 per cent of the last pay drawn. In case of officers at Colonel level and above, the pension and disability pension can collectively be anything between Rs 1.5 lakh and Rs 2 lakh per month.

Last week, Defence Minister Rajnath Singh said in the Rajya Sabha that “no soldier with a disability will be inconvenienced”.

The “disability gradation” system makes a distinction of its own. For those injured or disabled in combat, the government provides for free education, including boarding and lodging of their children. This facility has no upper ceiling for fee and kids can do MMBS, BCA, LLB among other degrees from the institute of their choice. Such soldiers are also entitled to free medical facilities till they are alive.

The issue of taxing disability pensions has become a political issue and has been raised twice in Parliament. The Central Board of Direct Taxes (CBDT) had on June 24 issued a circular, saying disability pension would be taxed if the soldier had served his full term with the armed forces. The circular said only those “invalidated” from service would continue to get tax benefits. The order has drawn sharp reactions with some veterans referring it as “taxing the disabled”. The MoD has sought a clarification from the CBDT and the issue is being re-examined by the ministry.