NEW DELHI: Afghans on both sides of the divide have asked Pakistan not to link the Kashmir issue with the developments in their country. 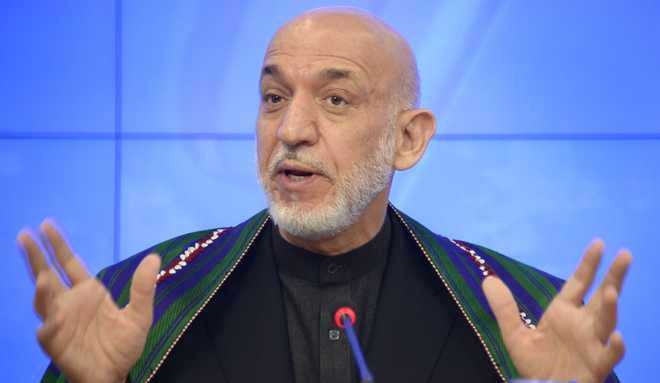 Afghans on both sides of the divide have asked Pakistan not to link the Kashmir issue with the developments in their country. Former Afghanistan President Hamid Karzai as well as Taliban spokesperson Zabihullah Mujahid today sought delinking of Afghanistan from Kashmir.

“Comments in Pakistan linking peace in Afghanistan to their objectives in Kashmir are indicative of Pakistan viewing Afghanistan as strategic depth. I call on the Pakistan Government to stop using extremist violence as instrument of policy in the region,” said Karzai, backing the Modi government’s initiatives on Kashmir.

The Taliban expressed “deep sadness” over the dispatch of additional troops, imposition of a state of emergency and difficulties and hardships for the resident Muslim population in Kashmir. It urged both India and Pakistan to refrain from taking steps that could pave the way for violence and complications in the region.

“Having gained bitter experiences from war and conflict, we urge peace and use of rational pathways to solve regional issues,” said Mujahid. “ Linking the issue of Kashmir with that of Afghanistan by some parties will not help because the issue is not related, neither should Afghanistan be turned into a theatre of competition between countries,” he added.