NEW DELHI: Tempers rose inside the Supreme Court chambers on Wednesday—the final day of hearing in the Ayodhya title dispute case, as the Muslim side tore into shreds a document submitted by the Hindu side. 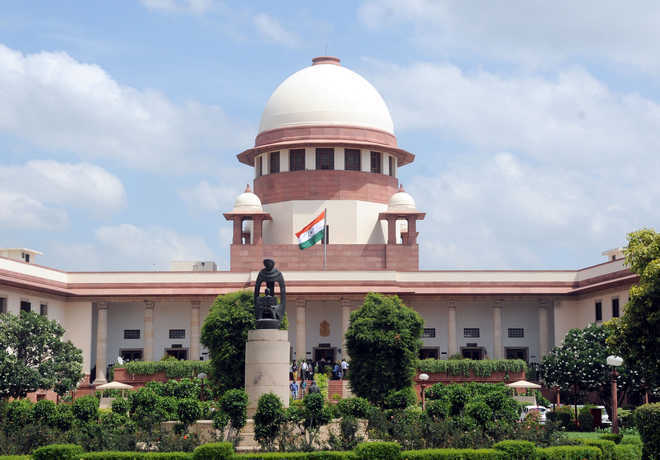 Tempers rose inside the Supreme Court chambers on Wednesday.

Tempers rose inside the Supreme Court chambers on Wednesday—the final day of hearing in the Ayodhya title dispute case, as the Muslim side tore into shreds a document submitted by the Hindu side, right in front of the five-judge bench headed by Chief Justice Ranjan Gogoi.

Prompting a stern reaction from the Chief Justice, who observed that parties involved in the matter were creating an atmosphere not conducive for the hearing.

"We cannot continue like this in the hearing. People are getting up and speaking out of turn. We can also get up right now and finish the proceedings in the matter," he said.

On the 40th day of hearing, senior advocate Vikas Singh, representing All India Hindu Mahasabha, submitted a pictorial, identifying the spot of Lord Ram's birthplace at the disputed site along with a book and few documents.

Senior advocate Rajeev Dhavan, representing the Muslim side, objected to these submissions citing this document was not on record.

Dhavan also objected as Singh attempted to submit a book in connection with the case. Using a high-pitch he objected to the submission and opposed it vehemently.

Singh insisted that directions, as per the pictorial map, from the Sita Rasoi and Sita Koop lead to the spot, which is the birthplace place of Lord Ram.

Chief Justice Gogoi observed that all this was creating an atmosphere not conducive for the hearing, especially highlighting the conduct of the Muslim side.

Expressing his anguish at the state of affairs inside the courtroom, the Chief Justice added: "As far as we are concerned the arguments are over."

Earlier during the day, senior advocate C.S. Vaidyanathan -- representing Hindu side -- contended that there could be some evidence that the Muslim side offered Friday prayers at the disputed site between 1857 and 1934.

"But there is absolutely no evidence that they offered any prayer after that. On the other hand, Hindus continued to worship.... Muslims did not have exclusive possession on the disputed site," said Vaidyanathan.

He urged the court that Hindus do not have a site which could be treated as birthplace of Lord Ram.

The arguments will continue after the lunch.—IANS