Du Plessis misses out, De Kock to lead SA in T20s against India

JOHANNESBURG: Quinton de Kock on Tuesday was named South Africa’s new Twenty20 skipper for the three-match series against India in September, which will not feature former captain Faf Du Plessis in the squad. 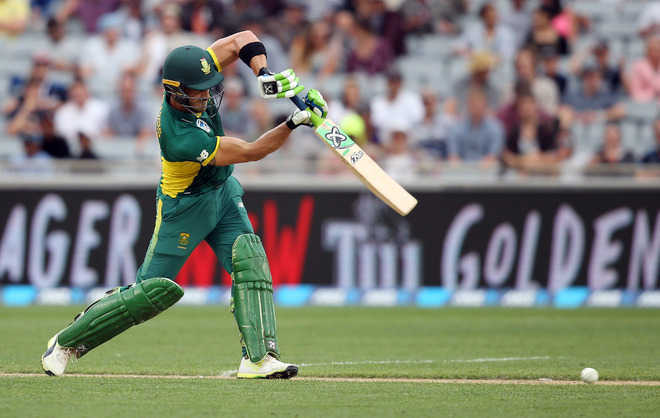 Quinton de Kock on Tuesday was named South Africa’s new Twenty20 skipper for the three-match series against India in September, which will not feature former captain Faf Du Plessis in the squad.

However, du Plessis will continue to lead South Africa in the three-Test series that follows the T20s, with Temba Bavuma named his vice-captain, Cricket South Africa announced.

“I would like to stress that Faf du Plessis remains an important part of our plans for white-ball cricket,” said CSA Acting Director, Corrie van Zyl.

“The T20 series gives us the last chance to have a look at our leadership and batting options as the next edition of the T20 World Cup is now little more than a year away which is why we have gone with an inexperienced leadership group. This is our last chance to do this before we settle on an established squad,” he added.

“All three newcomers to the Test side have more than earned their spurs through impressive performances in last season’s Four-Day Franchise competition,” van Zyl said.

“As far as the T20 squad is concerned, Temba Bavuma and Bjorn Fortuin were two of the standout players in the CSA T20 Challenge last season while Nortje was outstanding in the Mzansi Super League until ruled out by injury.”

CSA also said Aiden Markram, Theunis de Bruyn and Lungi Ngidi were not considered for the T20s as they will be preparing for the Test series by playing in South Africa A’s four-day matches against India A.

“We feel we have covered all the options for the conditions we are likely to encounter on the sub-continent with Muthusamy and Dane Piedt, who was far and away the leading wicket-taker in our Four-Day competition, providing the back-up to Keshav Maharaj.”

South Africa will travel to India for a three-match T20 series starting from September 15. The two sides will then compete in a three-match Test series.