The Indian economy is decelerating and the gap between its growth potential and actual performance is growing. 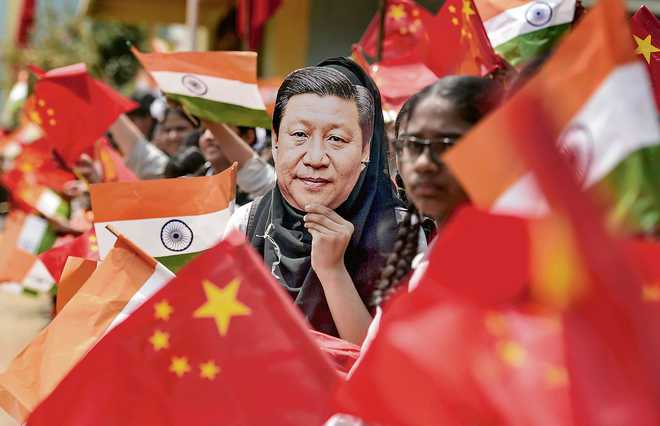 Chasm: The gap vis-à-vis China is growing. This asymmetry affects India’s credibility as a countervailing power even in Asia.

The Indian economy is decelerating and the gap between its growth potential and actual performance is growing. Unless this trend is reversed, there will be major political, social and foreign policy implications. As a practitioner of diplomacy, I am acutely aware of the strong link between economic performance and international perceptions of India. During 2003-7, it was India’s rapid growth rate of 8-9% per annum, the steady globalisation of its economy and the attraction of its expanding market which also expanded its diplomatic space. India’s economy was still relatively small compared to China’s but India was seen as narrowing this gap. This led to India being projected as the next China but by contrast emerging as a stable, successful and vibrant plural democracy. It was against this backdrop that India was successful in concluding a landmark nuclear deal with the US, obtaining a waiver from the NSG to enable resuming international civil nuclear cooperation which had been suspended since India’s first N-test in 1974. India was able to leverage the enhancement of its relations with one major power to upgrade its relations with another.

It was the prospect of stronger Indo-US partnership and India’s growing economic stature which enabled it to persuade China, in 2005, to conclude the historic Guiding Principles and Political Parameters for Resolving the Border Issue and convey its formal recognition of Sikkim as a state of the Indian Union. India-Pakistan hyphenation gave way to the ‘Chindia’ phenomenon. Whether on multilateral trade issues or climate change, India’s footprint became more salient. These foreign policy gains are threatened by some subsequent policy missteps but, more significantly, by the discouraging performance of the Indian economy ever since the global financial and economic crisis erupted in 2008-9. The major constraint India faces in managing the China challenge is the stark reality of China’s GDP of $14 trillion outstripping India’s meagre figure of $3 trillion presently. But more importantly, the gap is growing, unlike in the period of 2003-7. This asymmetry also affects India’s credibility as a countervailing power even in Asia.

If the economy is the key to the fulfilment of India’s destiny as a great power, what choices must be made to reverse the current deceleration? One, political leadership must restore the broad consensus that globalisation of economy has been good for the country and we need more, not less, globalisation. Creating protectionist walls around the economy will reduce the competitive strength of industry, sacrifice quality and retard technological upgrade. There is a sense of déjà vu in current arguments justifying a virtual return to an already discredited import substitution strategy. They echo what one used to hear in 1991-92 against the economic reform and liberalisation strategy of the Narasimha Rao government, and which paid rich dividends in subsequent years. India should join the Regional Comprehensive Economic Partnership (RCEP), because keeping out of it will push India to the margins.

Two, while public policy must continue to deliver welfare and support to the disadvantaged sections of society, there must be an explicit recognition that the pie has to grow if such support is to be sustainable. This implies that the role of business and industry and entrepreneurship in creating wealth must be acknowledged and an ecosystem which incentivises wealth creation must be put in place. Whether it is the regulatory regime or the taxation system, the key principle should be promotion of business activity rather than focused mainly on preventing possible delinquency and evasion of rules. It is legitimate for a government to seek to expand its revenue through stricter compliance. However, if the premise on which this is pursued is that every businessman is a crook unless proven otherwise, it should come as no surprise that business sentiment will turn negative, as it has at this time. On this basis, the GST regime needs to be reviewed, so that it is a business-enhancing measure rather than putting another additional cost of doing business.

Three, it is good that the government has been open about inviting foreign investment and improving the ease of doing business. However, it must recognise that the most effective promotion of foreign investment is the perception about business environment. In 1991-92, the credibility about India’s economic liberalisation was underscored by the reinforcing message being conveyed by Indian business to its counterparts abroad. Today, the fact that domestic industry is not investing in India speaks louder than government roadshows abroad. Therefore, let priority be given to regaining the confidence of the domestic industry.

Four, there is a sense among policy makers that there are such significant commercial opportunities and market scale that investors would have no option but to come to India on its own terms. This is arrogant and illusory. Potential investors have many alternatives and India has to compete with other destinations to get a share of the cake. Labour-intensive manufacturing, which is moving out of China because of higher wages, is migrating to countries like Vietnam and Indonesia, and in textiles, Bangladesh is a more favoured target. Having a large cohort of working age population will be an asset only if it is better educated and skilled. Infrastructure infirmities continue to reduce the competitiveness of manufacturing.

Once India has regained a high-growth trajectory, is seen as shrinking the economic asymmetry with China, and expanding rather than shrinking its engagement with the global economy, its foreign policy options will increase, its management of difficult and complex relations with China will become easier and its role as an emerging great power acquire more substance.