LOS ANGELES: Elton John and Ellen DeGeneres spoke out on Monday in support of Prince Harry and his wife Meghan, calling them a down-to-earth and hardworking couple who were being unfairly attacked by the media. 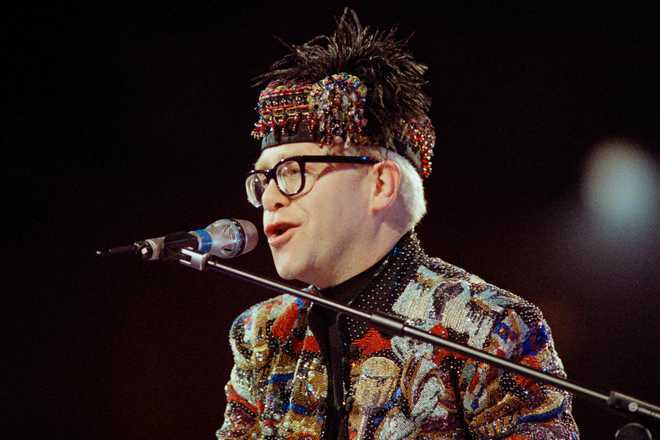 Elton John and Ellen DeGeneres spoke out on Monday in support of Prince Harry and his wife Meghan, calling them a down-to-earth and hardworking couple who were being unfairly attacked by the media.

John recalled his friendship with Harry's mother, the late Princess Diana, in a series of tweets in which he appealed to the press to stop the almost daily "relentless and untrue assassinations on their character."

The "Rocketman" singer was responding to criticism in Britain over two recent vacations taken by the Duke and Duchess of Sussex and their three-month-old baby Archie to Spain, and to the south of France, where the couple stayed at John's villa in Nice.

Britain's Sun newspaper at the weekend blasted the royal couple - Queen Elizabeth's grandson and his American wife, a former actress - as hypocritical "eco warriors" for flying on private jets despite voicing concerns over the environment and conservation.

John tweeted that he provided Harry and Meghan with a private jet to his home for security reasons but said a contribution was made to Carbon Footprint Ltd, which offsets carbon emissions by funding environmentally friendly projects.

He added that he was "deeply distressed by (the) distorted and malicious account in the press" around their Nice visit last week.

In separate remarks, U.S. talk show host DeGeneres said on Twitter she had met and talked with Harry and Meghan in England about their work on wildlife conservation.

"They were the most down-to-earth, compassionate people.

Imagine being attacked for everything you do, when all you're trying to do is make the world better," she wrote.

Harry and Meghan's wedding in May 2018 was marked by an outpouring of affection in Britain but less than a year later the couple have found themselves on the receiving end of a barrage of negative stories in the media. They have ranged from the $3 million cost of renovating their new home to reports dubbing Meghan "Duchess Difficult."

While much reporting by the British press on the royal family is respectful, verging on the sycophantic, at other times it can be harshly critical, even cruel.

The couple has not publicly responded to the various attacks on them. Reuters