There’s a bad guy named Bhullar, there’s a good guy called Singham (because he belongs to village Singham Khurd); they both lock horns and the good guy wins. Now, there can be so many ways to write this script and approach the narrative. 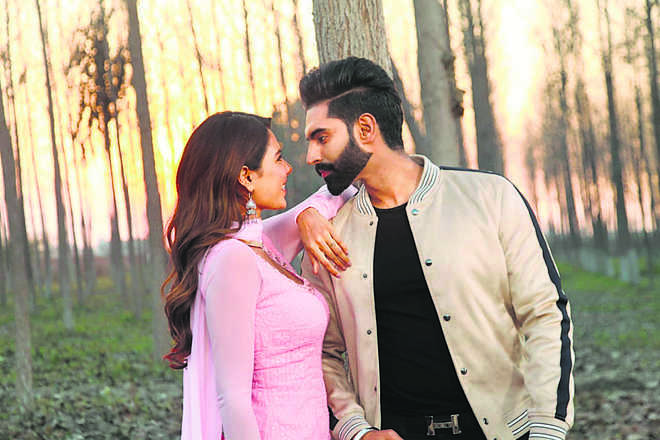 A still from Singham

There’s a bad guy named Bhullar, there’s a good guy called Singham (because he belongs to village Singham Khurd); they both lock horns and the good guy wins. Now, there can be so many ways to write this script and approach the narrative. Unfortunately, director Navaniat Singh chose to go with all things over the top. The dialogues, the background score, the action and even the acting. Everything! Taking his vision further is actor Parmish Verma, the hero, the titular character, the tough guy with a good heart, DSP Dilsher Singh Sekhon, who plays by the rules. Bookish rules we mean. If he is at a wedding, the music must stop at sharp 10. But what we truly needed was his dialogue on the practice of firing at weddings. The horrors of guns in the hands of those in an inebriated state!  Parmish delivers the dialogues alright, if only he could shed that stoic expression.

And when the hero kicks, punches, or flexes his muscles, the bad guys have had it. All 20 odd of them (one by one of course) they go flying Matrix style, spin 360 degrees, come back in position only to hear the warnings of an honest cop.

But the most villainous of them all, Bhullar (the local MP and also a contractor, who kidnaps kids to get the tender and kills any cop coming his way), played by Kartar Cheema, is actually the one that walks away with the brownie points. His commanding screen presence uplifts the sketchy script that definitely needed much more work and imagination. And yes, the quintessential heroine. Sonam Bajwa does a good job of making an entrance in a khet in a convertible, the medical student from Amritsar, who falls for the hero and his heroic acts and takes selfies at the drop of a hat, plays her part well.

There is a chase sequence in a village mandi and the end sequence at a bus stand. Heck, that’s what happens in James Bond movies too. Who is not real either. The funny, the surprising part is, even with the runtime of 2 hours and 27 minutes, it’s not a torture if you are up for unintentional comedy. If you are up for this kind of cinema and can conveniently switch off, mentally. Leave the brain behind and indulge in some pretend play where you enter a world (a town) devoid of logic. The good cop story has been a celluloid favourite since the history of cinema. In Bollywood, Rohit Shetty has made a career (apart from crores of money) out of it. Singham, a Punjabi remake of the Ajay Devgn-starrer Singham that came back in 2011 worked. Nine years later this Singham should have evolved a lot more.