CHANDIGARH:The Chief Electoral Officers of Punjab and Haryana today dismissed concerns over the security of electronic voting machines, saying these were completely safe and there was no chance of the machines being hacked. 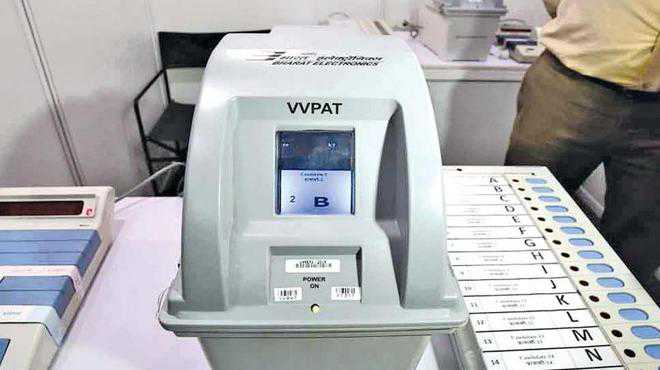 The Chief Electoral Officers of Punjab and Haryana today dismissed concerns over the security of electronic voting machines, saying these were completely safe and there was no chance of the machines being hacked.

Videos had surfaced purportedly showing EVMs and voter-verified paper audit trail (VVPAT) machines being ferried in vehicles. In one such clip, a Canter laden with EVM boxes is seen entering the premises of a college at Bhodia Khera, Fatehabad, where EVMs are kept ahead of counting.

Similarly, a video of an EVM in a private car outside a polling booth at Panipat went viral. Another video showed a VVPAT in the back of a car in Phagwara.

Haryana’s Joint Chief Electoral Officer Dr Inder Jeet said in both cases, senior officers had cleared the position to Opposition leaders to their satisfaction. “The Fatehabad incident occurred on May 16,” he said. Similarly, the EVM kept in a private car near a polling booth in Panipat was a spare one.

Punjab’s Chief Electoral Officer Dr S Karuna Raju said the EVMs were “absolutely secure” and kept in strongrooms. “In Phagwara, Sector Officer Balwinder Kumar was carrying two reserve pads. People reacted strongly to EVMs in his vehicle… The car was fitted with GPS to keep track of its location and official videographer Manish Sharma was accompanying him,” he said. — TNS