KUALA LUMPUR: The Indian team is bracing up for one of its toughest challenges as it takes on heavyweights South Korea here Monday for a berth in the semifinals of the AFC U-16 Championship and a ticket to the next U-17 World Cup. 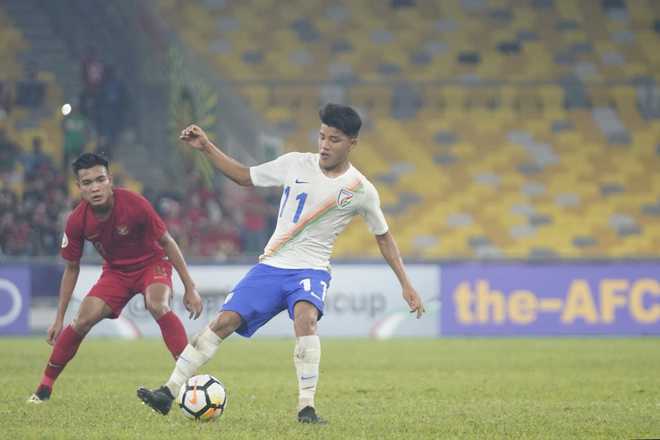 The Indian team is bracing up for one of its toughest challenges as it takes on heavyweights South Korea here Monday for a berth in the semifinals of the AFC U-16 Championship and a ticket to the next U-17 World Cup.

The Indian colts, coached by Bibiano Fernandes, have qualified for the quarter-final of the ongoing AFC U-16 Championship and now Korea, one of the strongest teams in the competition, stands in between.

Sixteen years ago, the Indian U-16 team lost to Korea 1-3 in the same stage.

“We know Korea Republic are the favourites and we are the underdogs,” head coach Bibiano stated.

“They are the overwhelming favourites. But we have been the underdogs since the group-stages and we are banking on the same against Korea Republic,” he added.

Bibiano said his boys will look to give Korea a run for their money.

“We all know the gravity of the moment and what it will mean for Indian football. But at the same time, we will play without pressure and back ourselves up as underdogs. We will fight,” he said.

“If Korea Republic underestimate us, we shall prove them otherwise and give them a run for their money.”

Korea Republic are already being touted as probable champions having scored 12 goals from their three group league matches without conceding any.

India have also not conceded a single goal as yet but they will be hit hard with the suspension of central defender Bikash Yumnam for double booking.

“Bikash will not be able to play. There’s no point of sitting back and lamenting. We need to go ahead with what we have. There are other players in the squad, all capable enough,” Bibiano stated.

“We all know the quality that Korea Republic possesses and we all know the damage they can do if we get complacent at the back. Our defence has been our strength in this tournament and the players have worked really hard to defend as a single cohesive unit,” he quipped.

Building up to the clash, the Indian training sessions have been nothing short of gruelling with special emphasis being given to finishing.

“We have been creating chances and need to convert them. We could have easily won against both Iran and Indonesia. If we get complacent in front of goal, it will end badly for us,” Bibiano said.

Even the players are raring to go and again prove themselves.

“We will give more than our cent percent in the quarters. These are the 90 minutes that we have worked hard and sacrificed a lot for,” informed skipper Vikram Partap.

Defender Gurkirat Singh added: “We are ready for them. We know the challenges we will face and the swiftness we will have to deal with. We need to stick to the instructions of the coach.” — PTI