FARIDABAD: The recent announcement made by the Union Minister of State for Social Justice and Empowerment and local MP Krishan Pal Gurjar about the Metro Rail project linking Faridabad with Gurugram at a cost of Rs5,900 crore before April 2021 appears to be a poll gimmick, some feel. 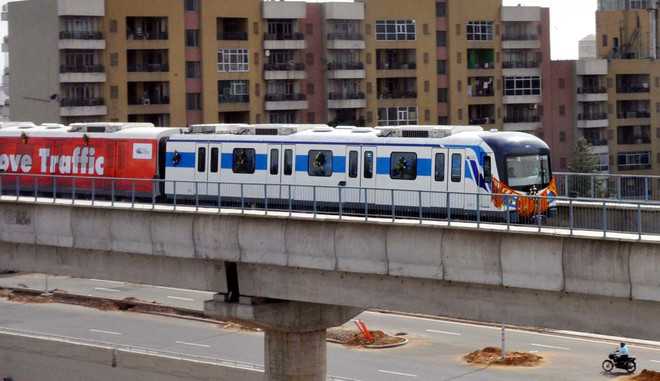 The foundation stone of the project is likely to be laid before the Assembly elections next year. file photo

The recent announcement made by the Union Minister of State for Social Justice and Empowerment and local MP Krishan Pal Gurjar about the Metro Rail project linking Faridabad with Gurugram at a cost of Rs5,900 crore before April 2021 appears to be a poll gimmick, some feel.

“The government has taken more than 32 months to grant in-principle approval for the proposal first mooted in April 2016 when the Haryana CM had announced his go-ahead to Metro connectivity between Faridabad and Gurugram,” said Varun Sheokand, a social activist here.

He said when such a long time has been taken for initial approval, how could one expect to get the project ready in 27 months when a long list of approvals and clearances stand between the proposal and ground work.

He said that the announcement appeared to cash in on the sentiments keeping in view the next parliamentary and Assembly elections.

Expressing doubt, AK Gaur of Faridabad Action Group (FAG), a social organisation, said that as the project falls on protected forestland, it requires approval from the department concerned. That might not be possible in such a short time.

“As the proposed network falls in a lowly populated area, it may not meet the criteria of urban transport,” said Satender Singh, a resident.

Gurjar claimed it was no poll trick, he said that the proposal had been approved in principle by the Union Ministry of Urban Development.