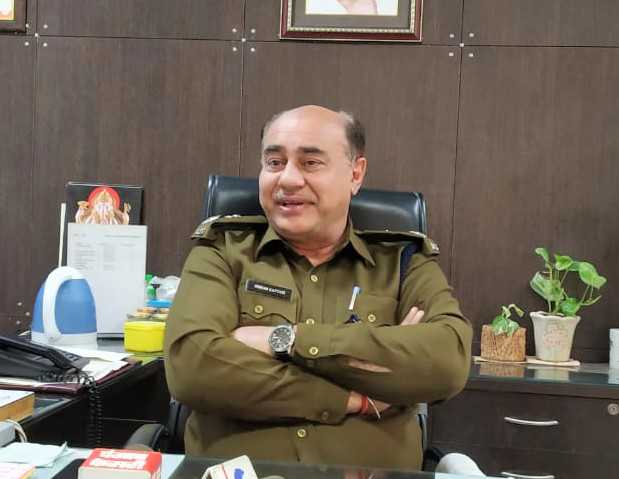 He allegedly shot himself with his service revolver in the morning.

Kapoor had been living at Police Colony at Sector 30 here with his wife. He was due to retire next year.

The cause of the apparent suicide is yet to be ascertained. Senior police officials have reached the spot.

Kapoor, 59, had been promoted to the IPS in 2017, it is learnt. While he was appointed the DCP NIT here last year, he had earlier occupied the post of the DCP (headquarters) here. He had also served as ACP (Traffic) and ACP NIT here a few years ago.

The incident took place around 6 am when his wife heard a sound from his room. Kapoor was lying on the bed as the bullet had hit him in his head, as per reports.

He is survived by wife and two sons.