All is not well with drug policy implementation: CAG report

SRINAGAR: The Comptroller and Auditor General of India has painted a dismal picture of the Health Department as far as the testing of medicines and implementation of the drug policy is concerned. 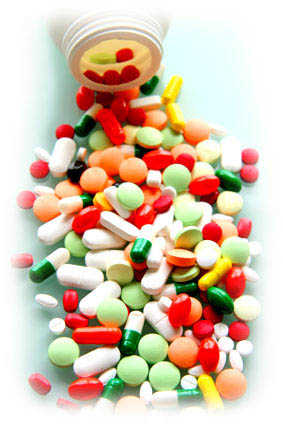 The Comptroller and Auditor General of India has painted a dismal picture of the Health Department as far as the testing of medicines and implementation of the drug policy is concerned.

The exhaustive CAG report for the year ending March 31, 2015, which was tabled today in the Legislative Council, has pointed out that even after about three years of adoption of the drug policy, no specific guidelines have been put in place by the health authorities for testing of drugs before these are administered to patients. Drugs and medicines were issued to patients before they were tested and were lifted only after they were declared ‘not of standard quality’ by the Drugs and Food Control Organisation.

The state adopted a drug policy in February 2012. The policy also provided for completion of certain formalities for preparing the drug formulary. However, as pointed out in the CAG report, the procurement of medicines and drugs was being made without any formulary of the common generic drugs.

“The government had, however, constituted (in November 2014) the state Drugs Formulary Committee for preparation a formulary of the common generic drugs and medicines, which in August 2014 endorsed a copy of the national formulary of the Government of India and without taking into consideration effects of the local diseases, food habits, sensitivity, climate, etc., as required under the drug policy.”

In the report under chapter “Performance Audit: Health and Medical Education Department”, it has been further observed that an analysis of the “rate contracts” of the drugs selected by the Purchase Committee of the Health and Medical Education Department showed that from the 306 drugs finalised during 2010-11 to 2014-15, 165 drugs were outside the National Essential Drug list of the Government of India.

The health institutions procure drugs/medicines in bulk through approved rate contracts and from the local market. A policy mechanism of testing is required to be put in place to ensure quality of the supplies before they are administered to the patients. But as pointed out in the audit report, no policy guidelines were put in place for testing of drugs before they were administered to patients.

Though the rate contracts finalised by various purchase committees of the health and medical education departments for procurement of drugs provide for furnishing of “analytical reports” by the suppliers, however, the audit observed that there was no mechanism in place for referral of samples by the health institutions for testing to the Drug Controller or to the third party accredited laboratories.

“The audit came across instances where large-scale drugs procured by the department had been issued for supply to patients before they were lifted for testing by the Drugs and Food Control Organisation and declared as “not of standard quality”, the report reveals.