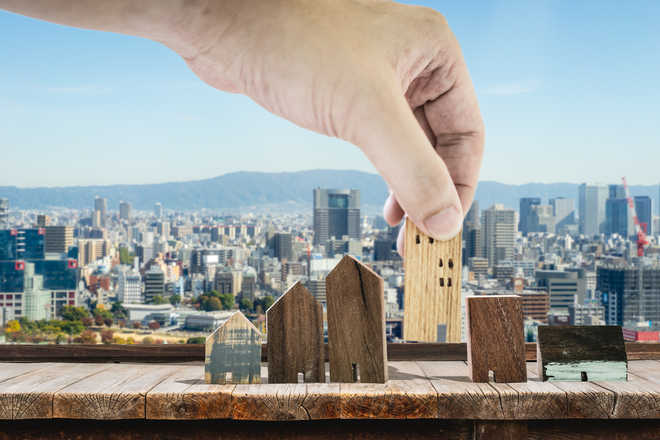 Residential realty being a major segment of real estate, it holds key to the overall growth of the sector. And in view of the huge shortfall in residential real estate, affordable housing is the answer to boost  supply. But despite government’s flagship mission of  'Housing for All by 2022', focusing on low cost housing, the demand-supply gap is widening. Not withstanding government’s incentives under Pradhan  Mantri Awas Yojana (PMAY), private developers are not much enthused to  take up affordable housing, largely because it is not a financially attractive business proposition due to thin margins.

According to Neeraj Bansal, Partner, Real Estate, KPMG, as every sixth  person is getting urbanised in India, we need 20-25 lakh  houses every year, with 96 per cent demand in lower category. However, a recent  joint study by Megalith Ventures and Meraqi highlights thehuge gap in  demand and supply. As per its findings, housing shortage in EWS and  LIG housing, respectively stands at  10 million and 7.4 million units, respectively. And since 2015, under the ambitious PMAY, 51 lakh units have been approved and just about 8 lakh units completed. Gorakh  Jhunjhunwala, MD, Meraqi points out that incentives announced by the central government are not sufficient trade off to allure private developers to affordable housing segment. “Lack of suitable land  parcels, high land costs and low profit margins are limiting private participation”, says Jhunjhunwala.

Another factor which is fuelling demand for mid-segment homes and  enhancing developers’ interest, is the lack of supporting infrastructure, especially connectivity problem. Ram Walase says that instead of opting for cheaper homes in the periphery of city with no  infrastructure, home buyers are giving preference to compact homes in  the vicinity of city centres with proper infrastructure. Keeping in view this trend, VBHC is also foraying into mid-segment housing,  closer to city centres. Anuj Puri, Chairman, Anarock Property Consultants endorses Walase’s view, “It is because of the lack of  connectivity and othe supporting infra that around 2.37 lakh affordable housing units (below 40 lakh)  across seven cities  were lying  unsold as of Q2 of 2018.

In different states, lack of clarity on additional FAR, TDR and density norms are the other major impediments. It is another matter that  under the new affordable housing policy of Punjab, developers hope to  reap benefits of liberalised density norms. As Prateek Mittal, ED, Sushma Buildtech puts it, “Earlier, restricted density norms were discouraging, but the new norms allowing up to 150 units per acre will make developers step into this segment”.

So, what needs to be done to make affordable housing a truly financially viable business model? Developers present a case for bringing down the cost of homes through various initiatives. Gorakh Jhunjhunwala has a formula in the form of dedicated zones in cities for affordable housing, higher FSI and accessibility to construction  finance. R.K Arora, Chairman, Supertech demands bringing down transaction cost by waiving off 8 per cent GST on affordable housing projects.  Pradeep Aggarwal aptly sums it up, “Affordable housing is a highly price sensitive segment. And as delayed approvals add 15 per cent to the cost, pre- pproved standard building plans are an answer to tackling this issue. Moreover, as technology plays a big role in speeding up construction and bringing down cost, government must encourage adoption of newer technologies by way of tax incentives”.