SHIMLA:Himachal Pradesh Dam Safety Cell has alerted all authorities to keep a tab on any breach or attack so that towns and cities downstream could be alerted. 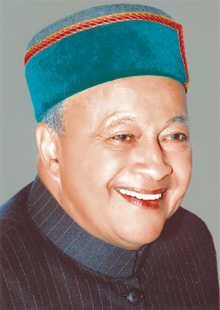 Himachal Pradesh Dam Safety Cell has alerted all  authorities to keep a tab on any breach or attack so that towns and cities downstream could be alerted. The alert was issued after the Indian Army targeted terrorist launch pads across the Line of Control (LoC) in Pakistan Occupied Kashmir (PoK) early this morning.

Hariman Dhareula, chief engineer, Energy, said the State Dam Safety Cell that works under the Directorate of Energy had sounded the dam authorities, including Himachal Pradesh State Electricity Board Limited (HPSEBL), NHPC, SJVNL, NTPC and BBMB, to coordinate and alert the state authorities about any security threat or breach.

Though the dams of Central power projects of SJVNL, NHPC and NTPC come under the National Dam Safety Cell of the Central Water Commission, they coordinate with the State Dam Safety Cell, keeping a tab on the safety breach in major dams located in Himachal Pradesh, dam safety engineers said.

The SJVNL and BBMB have already sounded their security staff to be alert to avert any threat to the Gobind Sagar Dam in Bilaspur, Nathapa Jhakari in Rampur and Karcham-Wangtoo in Kinnaur.

The major dams in Himachal Pradesh include Bhakhra Dam, Kol Dam, Pandoh and Larji in Mandi, Karchcam-Wangtoo- Baspa and Jhakhari in Kinnaur, Pong Dam and Ranjit Sagar Dam in Kangra and Chamera- I, II, II in Chamba.