Decline in snow cover in Himalayas

SHIMLA: With the impact of global warming and climate change beginning to become all too evident, the Himachal Himalayas too have not been left untouched as there has been a decline of 14 per cent in the total area under seasonal snow as compared to the previous five years. 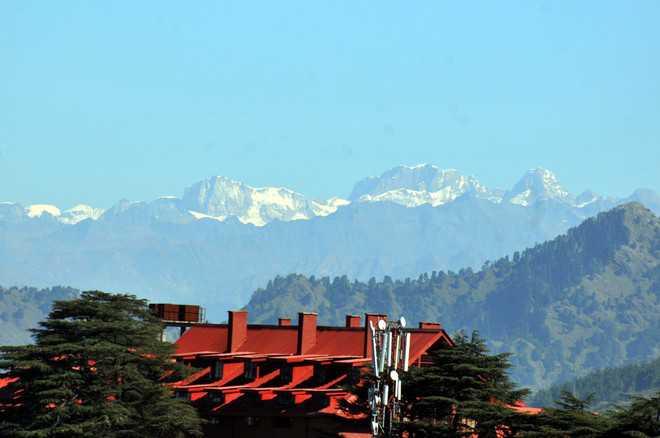 With the impact of global warming and climate change beginning to become all too evident, the Himachal Himalayas too have not been left untouched as there has been a decline of 14 per cent in the total area under seasonal snow as compared to the previous five years.

The result of this study, though spread over a period of six years only, is an indication of the serious implications that this trend could have on the overall economy of the state. Not only would this upset the hydrology of the four main river basins of – Chenab, Ravi, Beas and Satluj — but also adversely impact hydro-power generation, one of the biggest revenue generating sectors.

The Ravi basin has been the worst hit with the satellite imagery indicating an overall decline of 37 per cent during the winters of 2015-16 as compared to the last five years. The second worst hit river basin is that of Beas which has indicated a decline of 20 per cent in 2015-16 as compared to the previous years. The decline in snow in case of Ravi basin has been 12 per cent, followed by the least hit Chenab basin which has shown a decline of only five per cent.

“We will continue assessing the present trend of snowfall to assess whether there is any change in reduction of snowfall and its pattern over the Himalayan region, which could have an adverse impact on our water resources in the times to come,” said Tarun Kapoor, Principal Secretary, Forest and Environment.

The study has been undertaken by senior scientists SS Randhawa in the State Council for Science, Technology and Environment every year between October and May. Previous studies have also indicated reduced snow, erratic rainfall, increase in the maximum temperature and change in agro-climatic zooming on account of climate change. “It is only the Chenab basin in the Pir Panjal range which behaves differently in comparison to other three basins. It is because of its geographical location that this range has shown 30 and three per cent more snow in 2015-16 in the winter months than the previous years,” explained Randhawa.

However, the study does indicate some positive trend as well. “The Chenab basin which is in the north of Pir Panjal shows a negative trend during the months from January to April but a positive trend between November and December in 2015-16,” explains Dr Randhawa. The southern basins of Ravi, Beas and Satluj show similar results of having less area under seasonal snow in the peak winter months between December to March. This trend is far more pronounced in the Ravi and Beas basin than Satluj which has slightly better results.

A very disturbing trend in the Satluj basin, which has some of the biggest hydro-power projects of the state, is reduction in area under snow by 23, 43, 10 and two per cent between December and March. The only positive trend was witnessed in the month of November 2015 in all the basins, except Chenab, there was a slight positive trend in December.

Labs should not overcharge for Covid-19 tests, observes SC