CHANDIGARH:Taking stern action against the Municipal Corporation, Panchkula, for its failure to take up development activities like repair of potholed roads, sanitation and removal of encroachments despite availability of funds, the Punjab and Haryana High Court today directed the state government to dissolve the municipal body. Taking stern action against the Municipal Corporation, Panchkula, for its failure to take up development activities like repair of potholed roads, sanitation and removal of encroachments despite availability of funds, the Punjab and Haryana High Court today directed the state government to dissolve the municipal body.

In his order dated April 19, which was uploaded on the website of the court today, Justice Amit Rawal has directed the Haryana Government to invoke Section 400 of the Haryana Municipal Corporation Act, 1994, whereby powers and duties of a municipal body, when it fails to discharge these, are required to be transferred to the state government.

The order has come on a civil writ petition moved by Pradeep Singh, a resident of Saketri village, who alleged that sewer water was flowing through his house due to the “lackadaisical attitude” of the MC. The court issued notices to the MC, the district administration, HUDA and also the Chandigarh MC and the UT Administration by widening the scope of the petition.

The MC tried to pass the buck on the Public Health Engineering Department and HUDA and said the work of laying sewer lines was within their domain, but at the same time, the court found that no letter had been written to these departments by the MC. During a hearing of the case on April 3, Hemant Sarin, a senior advocate, also approached the court with certain facts relevant to the case and he was asked to assist the court as intervener.

He also highlighted problems of monkeys and stray animals on roads, encroachment at Majri Chowk, mushrooming of slum dwellings on land for multi-specialty hospital on the way to the Mansa Devi temple and non-functional street lights. The court observed that people were littering grounds, resulting in the spread of various diseases.

Newspapers were replete with articles showing the ugly face of sanitation in the tricity.

“On going through the aforementioned facts and figures, apparently it appears the MC is not utilising the complete funds for development and in the prevention of diseases... It is in bounden duty to address such issues as the objects and reasons of establishing the MC are welfare, development, advancement and well-being of inhabitants living in the municipal limits,” observed the court while directing the government to take over the powers and duties of the MC.

Besides, the High Court has also sought a status report from the UT Administration on steps taken on issues such as non-functional street lights, implementation of the ban on plastic bags and cleanliness drive around the Sukhna choe. Sarin today welcomed the decision and said Panchkula residents, particularly those living in trans-Ghaggar sectors, were fed up with insanitary conditions and potholed roads. 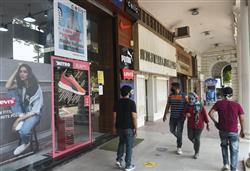