BEFORE a new vaccine is introduced it is first studied in a randomised controlled trial where some are given the drug and others are given an inert substance to check the effects among those given the new drug. Last week, Slate published a cover story on the investigation of the randomised trials of HPV vaccines. 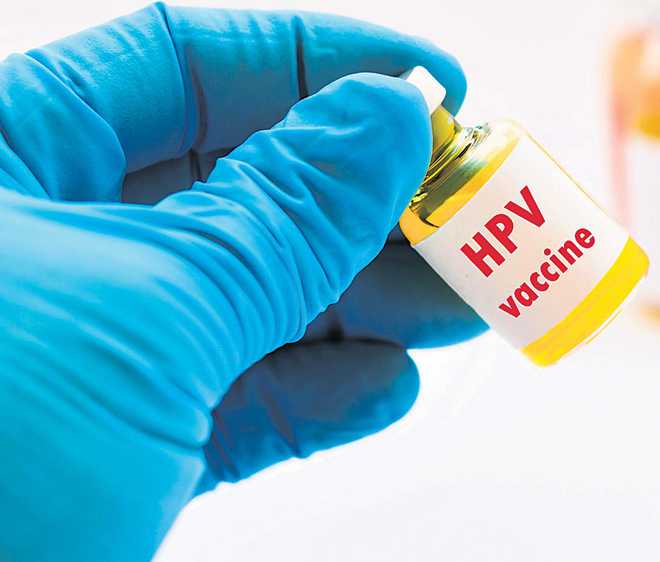 Before a new vaccine is introduced it is first studied in a randomised controlled trial where some are given the drug and others are given an inert substance to check the effects and adverse effects among those given the new drug. Last week, Slate published a cover story on the investigation of the randomised trials of human papillomavirus (HPV ) vaccines before approval.  The science editor conducted an eight-month long investigation, interviewed study participants and studied  2,300 pages of documents obtained through freedom-of-information requests from hospitals and health authorities.

Slate found that during the year-long study data on potential side effects were collected for only two weeks.  The rest of the time individual trial investigators used their personal judgment to decide whether or not to report medical problems as adverse events. An oxymoronic instruction to investigators was to list new problems as ‘new medical history’. There is no evidence the confidential study protocol was submitted to regulators for approval. The worksheet investigators used allotted just one line per entry for new medical history, with no measurement of symptom severity, duration, outcome, or overall seriousness. Trial participants complained to Slate that repeated complaints of debilitating symptoms were not even registered in the study as potential side effects.

The European Medicines Agency (EMA) is the regulator in Europe.  In an internal 2014 EMA report about Gardasil 9 – a leading HPV vaccination - obtained through a freedom-of-information request, senior experts called the company’s approach “unconventional and suboptimal” and said it left some “uncertainty” about the safety results. In the EMA’s public assessment Gardasil 9, all mention of the safety concerns had been scrubbed.

Not all recipients of the vaccine developed serious adverse effects. But there are numerous reports of chronic fatigue syndrome (CFS ) otherwise known as myalgic encephalomyelitis which is characterized by long-term fatigue that limits a person’s ability to carry out ordinary daily activities. Dr Jose Montoya, a professor of medicine at Stanford University explains that the condition usually starts with an insult to the immune system—a severe infection, a car crash, a pregnancy. The first symptoms are flu-like, but months go by and the patient realizes she isn’t getting better.’ In a few genetically predisposed individuals, Montoya told the Slate editor, it is “biologically plausible” that the vaccine, which mimics a natural infection, could also trigger an immune response powerful enough to lead to CFS. To find out if that is the case, trial investigators would need to carefully track participants’ symptoms “for at least one year.”

CFS is not the only serious adverse effect reported. The American College of Pediatrics has suggested one of the HPV vaccines could possibly be associated with the very rare but serious condition of premature ovarian failure (POF), also known as premature menopause.  In Japan, use of the vaccine in adolescents has been associated with such serious adverse events that it has been withdrawn from the immunisation programme.

HPV spreads only through sexual contact and therefore is not communicable in a casual manner. There are about 100 strains of HPV, and the vaccine only protects against 2, 4, or 9 of them, depending on the brand and 95% of HPV infections heal by themselves – potentially granting the individual lifetime immunity against the particular strain.

While it can feel crass to study the cost-effectiveness of vaccination   (How do you put a monitory value on the benefit of saving a life? One is often asked) such calculations are crucial. Health economists seek to advise governments on programmes that give the best return for their finite resources - often in terms of lives saved and life-years saved.

Using data specific to India, economists in the UK have calculated that, if it costs more than $3.30 to fully vaccinate a child with HPV, the Government of India is best advised to spend their money on other programmes, as many more lives can be saved by alternative uses of the money. The vaccine programme being pushed will cost $14 per child. Four times as many lives could be saved if this money is spent on other programmes. The HPV programme enriches the vaccine manufacturers but its introduction could result in loss of lives.

So we have a vaccine programme we don’t know will work to reduce cancer,  that was poorly tested to ignore symptoms of  CFS and which siphons off money that could be used in programmes that could save many more lives. Yet, like disoriented moth to the flickering light from a fire, we will dive for it.

Writing in 1906 in the Doctors Dilemma Shaw, explains why we do this. He wrote

“Suppose it was ascertained that every child in the world could be rendered absolutely immune from all disease during its entire life by taking half an ounce of radium to every pint of its milk. The world would be none the healthier, because not even a Crown Prince—no, not even the son of a Chicago Meat King, could afford the treatment. Yet it is doubtful whether doctors would refrain from prescribing it on that ground. The recklessness with which they now recommend wintering in Egypt or at Davos to people who cannot afford to go to Cornwall, and the orders given for champagne jelly and old port in households where such luxuries must obviously be acquired at the cost of stinting necessaries, often make one wonder whether it is possible for a man to go through a medical training and retain a spark of common sense.”

— The writer, a doctor, is the Head of Pediatrics, St Stephen's Hospital, Delhi, and a member of the National Technical Advisory Group on Immunisation.

The views expressed are personal.

I don't want case to be decided under shadow that I knew CJI...