FOSSIL fuels are finite. Being nonrenewable, they are major threats to the environment. As India''s crude oil production is able to meet about 17.9 per cent of the domestic demand, the country is heavily dependent on costly energy imports, putting severe strain on valuable foreign exchange reserves. 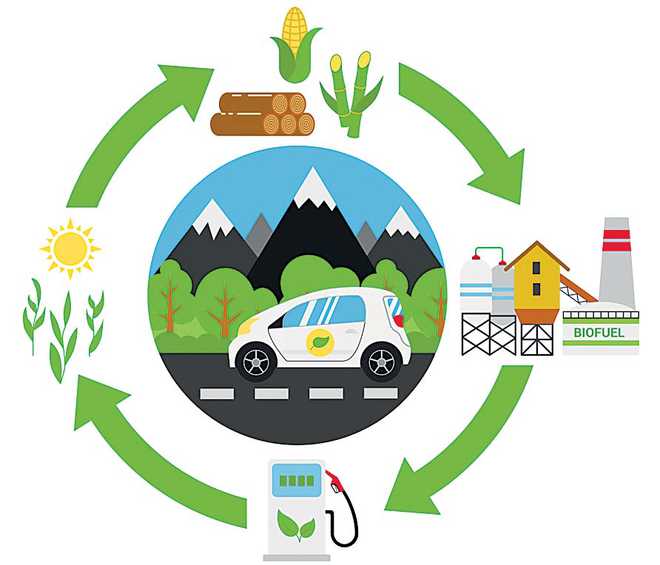 FOSSIL fuels are finite. Being nonrenewable, they are major threats to the environment. As India's crude oil production is able to meet about 17.9 per cent of the domestic demand, the country is heavily dependent on costly energy imports, putting severe strain on valuable foreign exchange reserves.

Volatile international oil market is a major drag on the Indian exchequer. India, therefore, aims to reduce the import dependence by 10 per cent in next four years. In order to meet the target, the government has unveiled the 'National Policy on Biofuels-2018' (NPB) that promotes renewable sources of energy such as biodiesel, bioethanol and bio-CNG.

The government has prepared a road map to reduce the import dependency by adopting a five-pronged strategy that includes increasing domestic production, use of biofuels and renewables energy, improvement in refinery processes and managing demands. The policy aims to increase usage of biofuels in the energy and transportation sectors, besides promoting advance technologies for generation of biofuels.

India's biofuel policy is designed in a top down approach where national governments play a central role in fixing targets, creating institutions and framing policies. The goal of the policy is to enable the availability of biofuels in the market, thereby increasing its blending percentage.

Studies reveal that the current ethanol and biodiesel availability in India through the first generation biofuel route is not sufficient. The ethanol blends are only available in 13 states and the average blend is approximately 2 per cent. Besides, in India, large-scale blending of biodiesel with conventional diesel has not yet started.

The policy on biofuels has expanded the scope of raw materials such as B-grade molasses, sugarcane juice and damaged food grains. Sugar production in India was about 32 million tonnes in 2017-18. India's per capita sugar consumption in last 10 years was around 20 kg per year. Therefore, surplus cane juice could be diverted towards ethanol without causing any shortfall in the sugar market. A stable ethanol blending programme (EBP) will also ensure sustainable benefits to the sugarcane farmer. It will provide them an alternative market and incentivise them to produce more.

Food for fuel is a controversial policy issue. It is feared that using grains for making ethanol could stoke food inflation. But, one should not ignore the fact that farmers often do not get appropriate price of their produce in a glut situation. The new policy, however, extends the use of surplus food grains for production of ethanol for blending with petrol.

The policy also dwells on the development of the next generation biofuel conversion technologies based on new feedstocks and promote domestically available feedstocks. Second-generation ethanol has about 80-90 per cent lower CO2 emissions as compared to gasoline and diesel. It can also be helped in judicious utilisation of crop residues, especially when disposal of agricultural residue is a major challenge. The seasonal burning of crop residues, especially paddy straw by farmers in the fields, releases enormous quantities of particulate matter, especially the dangerous particulate matter PM2.5, along with other noxious gases. This policy will lead to a huge reduction in stubble burning because of an economic incentive available for removal and giving the crop waste to biofuel plants.

The demand for crop residues rises much faster and, therefore, it pushes up the prices for biomass. The increased demand for crop residues would mean additional income for the farmer. Using residues in useful activities such as making ethanol or biomass to liquid (BTL) conversion could potentially reduce both air pollution and greenhouse gas emissions. There is, however, a need for efficient and reliable supply chain involving production, harvesting, collection, transport and storage.