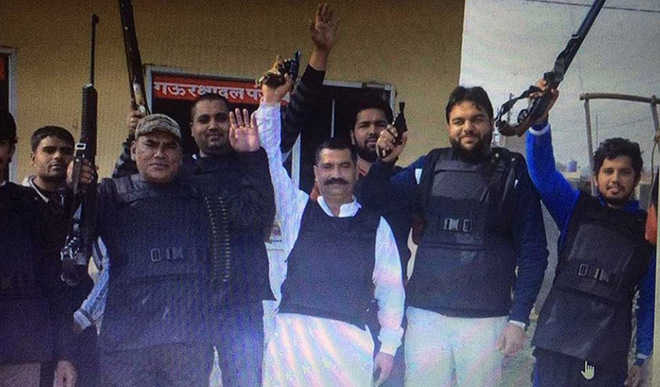 A day after Prime Minister Narender Modi asked the states to rein in gau rakshaks, the Rajpura police today registered an FIR against Gau Raksha Dal chief Satish Kumar under Sections 382, 384, 342, 341, 323, 148 and 149. Among others named in the FIR are Annu and Gurpreet alias Happy.

“We are checking the authenticity of the video footage that is with us,” said Patiala SSP Gurmeet Chauhan. “The video shows Gau Raksha Dal members brutally thrashing people in the name of cow protection, he said. The organisation had gained notoriety for posting online videos online of its vigilante-style attacks on trucks "carrying cattle for slaughter."

Punjab DGP Suresh Arora said, “Nobody will be allowed to carry out unlawful activities under the garb of gau rakshaks. We have registered a couple of cases and asked the district officers to ensure the rule of the law. No one can be targeted just for transporting cows."

Sources said self-styled cow protection units had been terrorising truck operators, dragging them out of their vehicles, beating them up with sticks and rods and torching their vehicles.