In letter to Sharif, Yasin opposes Gilgit-Baltistan merger with Pak

SRINAGAR: Kashmiri separatist leader Yasin Malik on Tuesday wrote a letter to Pakistan Prime Minister Nawaz Sharif asking him to “stay away” from the planned change in the constitutional status of Gilgit-Baltistan, which would officially merge a part of the state’s territory with Pakistan. 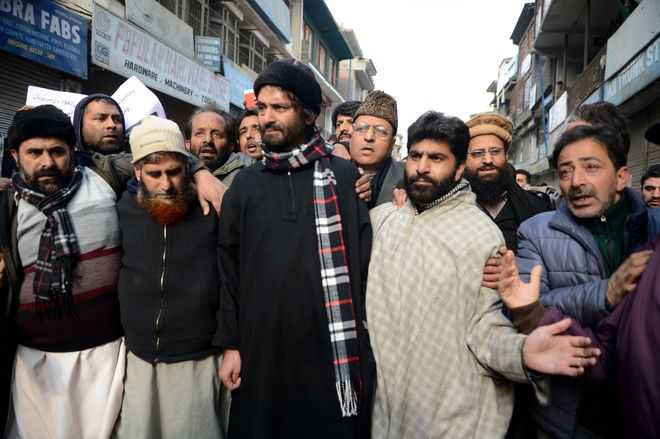 Kashmiri separatist leader Yasin Malik on Tuesday wrote a letter to Pakistan Prime Minister Nawaz Sharif asking him to “stay away” from the planned change in the constitutional status of Gilgit-Baltistan, which would officially merge a part of the state’s territory with Pakistan.

Malik, who heads the pro-independence Jammu Kashmir Liberation Front (JKLF), opposed the planned change in the constitutional status of Gilgit-Baltistan — part of the princely state of Jammu and Kashmir as it existed in 1947 — which would provide a legal cover to Pakistan to include it as the country’s newest province.

“If Pakistan imposes its sovereign writ over Gilgit-Baltistan, India will then have a political and moral right to integrate Kashmir with it. With one stroke, Pakistan will be helping India to consolidate its writ on Kashmir,” Malik said in the letter addressed to Sharif. “(I) urge and appeal to you to stay away from such a course of action”.

Gilgit-Baltistan, which is made up of seven districts, is the northern-most administrative territory of Pakistan. According to Pakistani media reports, a meeting is scheduled on Thursday this week which will consider a proposal to upgrade the status of Gilgit-Baltistan into a “provincial province”.

If Pakistan goes ahead with changing the constitutional status of Gilgit-Baltistan, it will be a major shift in Islamabad’s position on the Kashmir issue. Pakistan has been insisting that the parts of the state of Jammu and Kashmir under its control are semi-autonomous and not its territory.

The merger of Gilgit-Baltistan can have a significant implication on Pakistan’s demand for implementation of the United Nations resolutions which call for referendum in the state as it existed prior to the division in 1947.

Malik is the first Kashmiri separatist to oppose Pakistan’s latest plan. “If your government incorporates Gilgit-Baltistan into Pakistan, and if as a consequence, India consolidates its hold in Kashmir, this would amount to bartering of people’s aspirations,” he said.