AMRITSAR: Aam Aadmi Party convener Arvind Kejriwal on Friday announced to make Amritsar and Anandpur Sahib as ''holy cities'' in case the party was voted to power in the state. 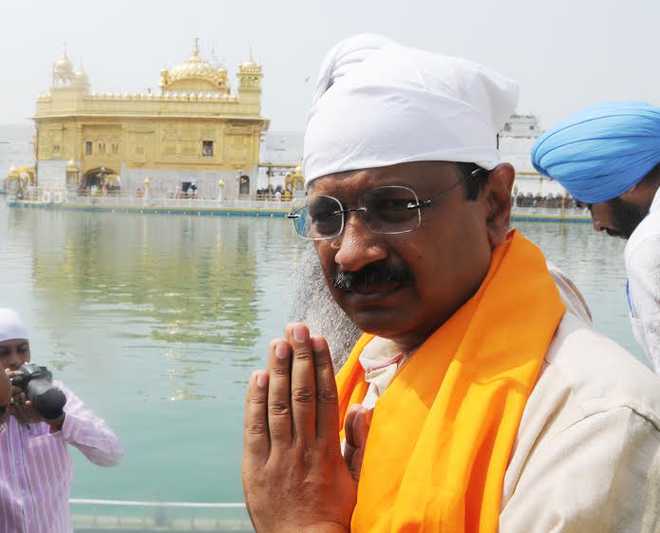 Aam Aadmi Party convener Arvind Kejriwal on Friday announced to make Amritsar and Anandpur Sahib as 'holy cities' in case the party was voted to power in the state.

The Delhi Chief Minister, who is on a five-day visit to Punjab, said the fight for making Punjab free from drugs and corruption had reached its decisive turn.

After paying obeisance at the Golden Temple, Kejriwal said he intended to make the walled city area of Amritsar completely liquor-free, where no non-vegetarian items would be sold.

The walled city area also known as ‘Sifti da Ghar’ accommodates around 60 per cent of city’s population and has narrow lanes surrounding the Sikhs’ holiest shrine.

“Amritsar is an important city of Punjab where the Golden Temple, Durgiana temple and Ram Tirath temple are situated. The Golden Temple is a place where not only Sikhs but people from all other religions come to pay obeisance. It is visited by devotees from all over the globe. The AAP, after coming to power, would make it a holy city. Alcohol, meat items or tobacco products would be prohibited in the walled city area. Similarly, Anandpur Sahib would also be revamped accordingly,” he said.

After paying obeisance at the Durgiana temple, Kejriwal is scheduled to leave for the residence of former SAD leader Amarjeet Singh Bhatia, who is set to join the AAP.