DEHRADUN/HARIDWAR: On the occasion of festive bath of Mesh Sankranti, less than expected number of devotees’ turnout was visible for the holy Ganga dip across Ganga river ghats in Haridwar and Rishikesh. 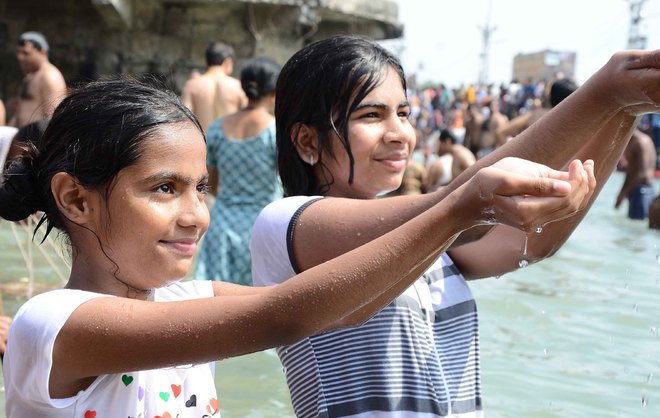 On the occasion of festive bath of Mesh Sankranti, less than expected number of devotees’ turnout was visible for the holy Ganga dip across Ganga river ghats in Haridwar and Rishikesh.

In comparison to past years, this year’s festive baths of Baisakhi and Mesh Sankranti witnessed a moderate turnout of pilgrims and devotees.

The mela administration had expected more than 5 lakh pilgrims and had envisaged alternate traffic diversion plans in the wake of heavy traffic, but barely was it resorted to as the pilgrims arrived in lesser number, though the tally touched the 1 lakh mark.

As per teerth purohits and local traders, the turnout for the back-to-back twin festive baths was not as per expectations.

Traders of Har-ki-Pauri mela zone, Moti Bazaar, said this year, a low turnout was witnessed, while barring 2013, when flash flood disaster had made a severe impact on pilgrim-tourist turnout in the state, in the past few years, this is the lowest turnout of pilgrims.

The district administration and mela administration had also made elaborate arrangements, expecting around 5 lakh devotees, but due to a moderate turnout, alternate traffic plans were not enforced.