Most of the strictures in the new Motor Vehicle (MV) Act are in favour of urban areas. 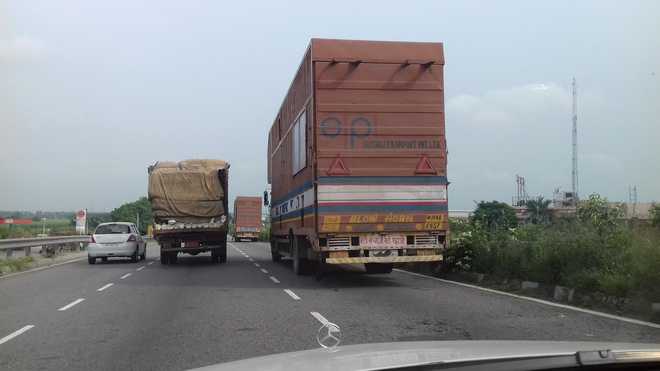 Most of the strictures in the new Motor Vehicle (MV) Act are in favour of urban areas. However, the fact remains that the highways are the real killers. At the moment, there is a new-found enthusiasm to enforce these rules or complain about these. The police is in the former group, the drivers and riders are in the latter — the complaining ones. This energy and zest may eventually wane, especially for the police, mostly because of staff shortage. It may not be able to issue as much challans as the number of offences.

Another problem that the will not be addressed is patrolling on the highways. Our highways, especially those under construction, are the real killing fields.

Last week, I drove to Chandigarh from Delhi. The first 60 km remains in the same deplorable state as it was 10 years ago. Not a single flyover has been completed. The poorly-surfaced road provides a series of chicanes, as one has to avoid the unfinished flyovers. There is no indication of any work in progress.

Where the roads are complete, there are no white lines to demarcate the lanes. Because of this, traffic runs helter-skelter. In all my years of driving of over 60 decades, I have never ever seen the police patrolling the highway. Nor have I ever seen a ‘Keep Left’ sign. The right-hand fast lane is the preserve of the slowest and largest behemoths on the road. A good and cautious driver is obliged to overtake from the left.

There are no rules on the size of bus/truck body. A car transporter can now carry new cars to the dealers in two-storey trailer. Previously, a single flat-bed was allowed that could carry 6 to 8 cars. The accompanying photograph shows the new transporters — twice as long and high as old ones and defying the laws of centre of gravity for stability and an extremely unstable vehicle. And there is no patrolling vehicle to stop him, challan him or to tell him to get out of the fast lane. Please note there are two of them in a convoy.

A ‘normal-size’ truck is in the centre lane, which is again wrong. The sedan is in the slow lane; incorrect again. Everything is in contrary to what it should be. And all this is happening where the lanes are marked.

At least 60 per cent of accidents on the Mumbai-Pune Expressway are fatal. The scenario is much the same on the Noida-Agra Expressway. And what’s the reason? An average Indian driver’s faulty habits — no seatbelts, over-speeding, lane-jumping, wrong overtaking and driver fatigue!

No challans have been issued so far on the NH 44 this year. The speed-interceptor machine with the police was junked two years ago. It has not been replaced till date.

However, just one remedy can prevent all these ills on our roads — patrolling. Take the law to the rouge drivers. Stop them on the highway and challan them on the spot. Word will spread like wild fire and both fear and good-sense will prevail, saving many lives in the process.