A Pregnancy is usually a joyful time in most young couples’ lives. But for the expectant mother, it can also be a worrisome period. She is carrying a precious life in her belly for nine months and the slightest change or smallest accident can be cause for a scare. 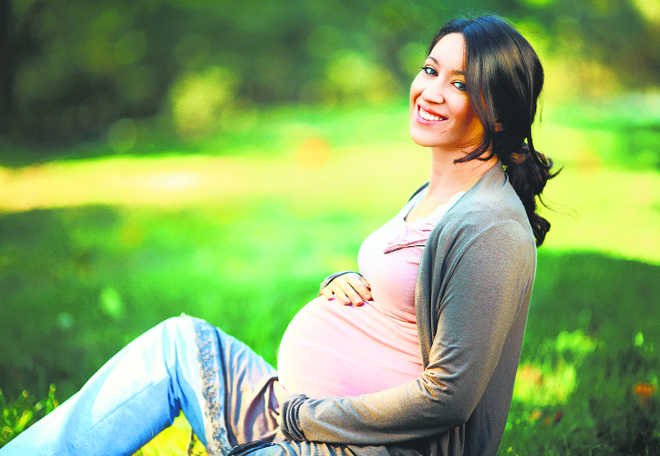 Baby blues: There are some common problems which most women experience during their pregnancy

A Pregnancy is usually a joyful time in most young couples’ lives. But for the expectant mother, it can also be a worrisome period. She is carrying a precious life in her belly for nine months and the slightest change or smallest accident can be cause for a scare.

Gynaecologists and obstetricians have all received anxious calls from mothers-to-be regarding their worries and concerns. Their concerns — however small and whatever they are — are all legitimate and sharing them with her doctor is important for a safe and successful pregnancy.

Bleeding: Spotting or light bleeding during the first trimester is common. But if the bleeding is persistent or heavy, a doctor must be consulted right away, particularly if it is accompanied by abdominal cramps. Bleeding of any kind that occurs in the second or third trimester, however, may signal a problem, according to the American Pregnancy Association. An advisory by the association recommends pregnant women should wear a pad or panty liner so they can monitor the amount and type of bleeding they are experiencing.

Contractions: “It’s absolutely normal to have contractions during the second and third trimester. It’s your uterus’ way of working out and getting in shape for the marathon (labour and birth),” says an expert. Irregular, low intensity contractions are common around the 24th week of pregnancy, and many women experience them. If the contractions are intense and regular, this could mean the early commencement of labour or be an indication of a problem, and a doctor should be contacted.

Cramps: Abdominal aches and pains during pregnancy are common and can be caused by something as simple as constipation or ligament pain. The uterus can displace the bowel as it grows, “which can lead to nausea, a sense of feeling full easily, or distention in your abdomen,” according to Dr Patrick Duff, professor of obstetrics and gynaecology at the University of Florida, Gainesville. Round ligament pain can also occur, typically in the second trimester, and constipation and gas — common during pregnancy — cause abdominal pain as well. However, to be on the safe side, abdominal pain should be reported to a doctor, as it can sometimes point to a more serious problem such as an ectopic pregnancy or miscarriage.

Leaking of urine: Because the uterus is close to the bladder, the growing uterus puts pressure on the bladder, which can cause leakage. While embarrassing, it’s very common.

Whatever an expectant mothers concerns might be, she should share them with her doctor at the earliest to ensure that all is well. Doing so also helps to alleviate stress, which is ultimately bad for her and her baby.