Last week, two Chandigarh-based women entrepreneurs, Komal Talwar and Mausumi Acharyya, put the city on global map when they won the finals of “Start Tel Aviv 2016,” organised by Embassy of Israel in cooperation with The Indus Entrepreneurs (TiE) Delhi-NCR in Gurgaon. 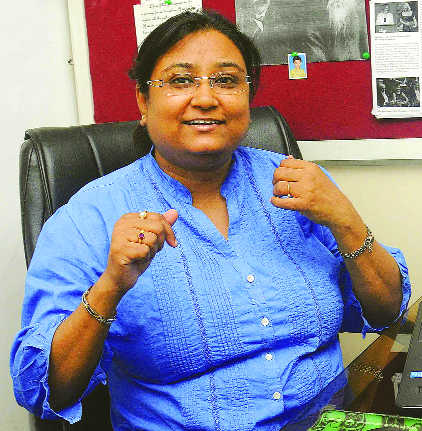 Last week, two Chandigarh-based women entrepreneurs, Komal Talwar and Mausumi Acharyya, put the city on global map when they won the finals of “Start Tel Aviv 2016,” organised by Embassy of Israel in cooperation with The Indus Entrepreneurs (TiE) Delhi-NCR in Gurgaon. This is for the first time the competition focused on women.

The event received entries from over 60 women-led start-ups from 15 Indian cities. Five of them --- Advenio, XLPAT Labs, Technology Uncorked, Medimojo, EZspend Prepaid Payment Solutions --- made it to the finals. Here are the top two:

Israel is home to more than 5,000 start-ups. It enjoys the highest rate of governmental investment in R&D and has a strong viable venture capital industry. “Through this year's project, in particular, Israel and India stress the indomitable spirit of women leaders to innovate and succeed in their ever growing roles in society,” says Israel’s Ambassador Daniel Carmon.

In 2010, she started off with providing medical image processing consultancy services. In 2014 she diversified into product development with her savings and funding from Small Business Research Initiative. She says her start-up would soon launch technology for primary screening of retinal abnormalities. She says once the application is fully launched, it will bring the retinal diagnostic cost drastically down. She say there are 65 million diabetics in India and 15 million blind people, 35 per cent of which can be attributed to retinopathy. If not detected or treated early, these people can lose their sight. “Our soon-to-be-launched iCheck is diagnostic software which will automatically identify several retinal abnormalities like diabetic and hypertensive retinopathy, glaucoma and suchlike. It can be used as an early screening tool, particularly in the rural and semi-urban areas, where there is a shortage of experts,” says Mausumi, 45.

“The selection in the competition is itself a reward. Winning in it is recognition of the innovation by Indian start-ups,” she said. She is a PhD in Computer Science from Indian Statistical Institute, Kolkata, and has post-doctoral experience from the University of Pennsylvania, USA. Her company Advenio is a part of the Stop TB Partnership which is developing a vendor neutral plugin, RiView-TB, for primary screening of respiratory infections. It is funded by Bill & Melinda Gates Foundation (BMGF).

Her start-up is associated with patent and technology coverage, allowing users an exhaustive database. It helps in cutting down time spent in patent searches and technology analysis, thereby reducing the per hour cost. “The contest allowed me only seven minutes. I focussed on my product in the presentation. I was the only one who showcased the product life,” says Komal, 37.

Although XLPAT was incorporated in 2012, the real R & D started around 15 months back. Her firm uses artificial intelligence & machine learning to turn big data into actionable business insights and automate technology development, R&D functions and business analytics such as mergers, acquisition, technology licensing and patent searching.

“Since my technology was for the niche market and R & D driven, I was confident of my selection,” she said.

There is no single platform for global patents & NPL (non patent literature) searching. The data is scattered across multiple databases, the technical documents are in different languages. Moreover it is time consuming. “So, there was a need for faster, automated and more intelligent, technologies & analysis. Our software can be deployed in R&D units, intellectual property rights, licensing divisions, inventions and students’ technology aids.”

She holds a degree in Law. She started the company in 2006 in the basement of her house, with one employee. She is also deeply involved in the macro planning of the HR and sales strategy and operational scalability of her global teams.