I had booked a resort for my only daughter’s wedding. All the preparations had been made and even the invitation cards had been printed and dispatched. 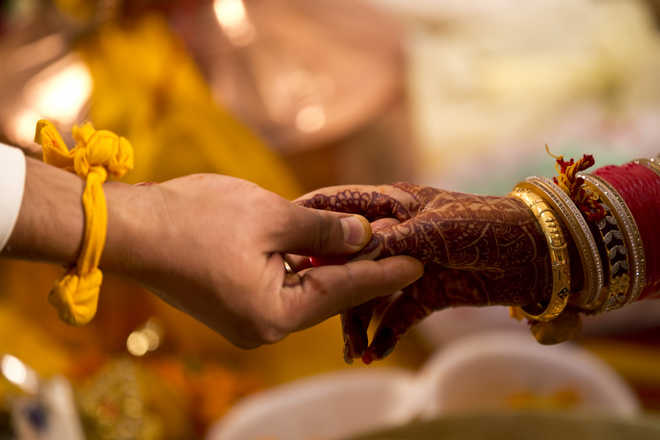 Uncalled for: Wedding palaces can’t hold you to ransom by cancelling your booking

I had booked a resort for my only daughter’s wedding. All the preparations had been made and even the invitation cards had been printed and dispatched. Suddenly, after two months of booking and just three months before the wedding, the resort management sent a letter returning the advance paid by me and cancelling the booking. The reason given was that the clerk who did the booking was unaware of an earlier booking for the same day and they had just realised their mistake! That came as a big shock to us and, to make matters worse, we could not find any other proper accommodation for that day and had to postpone the wedding by six months, resulting in considerable financial loss, besides loss of face for us. I now want to file a case against the resort in the consumer court. What are the grounds on which I can file a complaint?

If someone else had made the booking as claimed by the resort management, they should have registered it. But here, the resort management not only failed to register the first one and promised the hall to you, but took as long as two months to realise the mistake! This is nothing but sheer negligence and they are liable to face the consequences. And in this case, the consequences have been grave. Not only have you suffered financially, but mentally too on account of a postponed wedding. So when you ask for compensation, you must calculate all the financial losses suffered by you and then add the damages for mental harassment and agony caused to you and your family, particularly your daughter, on account of the postponement of the wedding. You can also ask for punitive damages and costs of litigation.

Are you aware of a similar case decided by the consumer court? If so, can you please quote that for reference?

The National Consumer Disputes Redressal Commission decided an almost identical case in 2013. (Contour Holiday Resorts Private Ltd Vs KN Bhuvanendranatha Kamath, RP NO 393 of 2012 decided on March 7, 2013) The complainant booked the convention centre of Contour Holiday Resorts on January 11, 2008, for the marriage of his daughter, fixed for May 18, 2008 and paid 50 per cent of the rent, which was Rs 25,000. On February 16, however, the resort sent him a letter cancelling his booking. Their explanation was that during October 2007, a businessman from Bengaluru had booked the hall and paid the deposit. However, the owner who had taken the money during a business trip to Bengaluru, had forgotten to mention it to his staff and that’s how the mistake had happened.

The complainant was forced to conduct the marriage in a small hall. Since by then, the invitation cards had been printed, they also had to make the necessary changes in it, all resulting in considerable financial loss and harassment to the family.

The District Consumer Disputes Redressal Forum, before which Mr Kamath filed a complaint, directed the resort to refund the advance amount with 9 per cent interest, pay a compensation of Rs 75,000 for the loss and suffering caused on account of breach of agreement and pay litigation costs of Rs 3,000. While the Kerala State Commission upheld the order of the District Forum and dismissed the appeal of the resort, the National Commission, in turn, directed the resort to pay in addition Rs 50,000 as punitive damages for indulging in needless litigation against a well-reasoned order.

The Commission said in this case: “It is manifestly clear from the record that booking done by the respondent for marriage of his daughter was unilaterally cancelled by the petitioner just to accommodate another business associate. We can well imagine the trauma, pain and sufferings undergone by the respondent (being father of a daughter whose marriage was fixed) when venue of the marriage booked earlier was cancelled arbitrarily by the petitioner. It is not that respondent alone has undergone the mental agony due to illegal act of the petitioner, but his other family members also on the solemn occasion of marriage have undergone trauma, pain and suffering. The mental agony and sufferings undergone on such occasion by a family cannot be measured just in terms of money alone. The only purpose of the petitioner in cancelling the booking of respondent was just to oblige another business associate. This act on the part of the petitioner was most inhuman and cruel”.