Liquor retailers today urged the state government to reconsider its decision to set up HP Beverages Limited (HPBL). They said the move would jeopardize the interest of almost 1,800 retailers in Himachal.

The retailers rued that the new corporation model would bring to an end the traditional wholesale business. “The new system has been brought in a haste. It will not only impact the local trade, but will also result in acute shortage of alcohol due to several ambiguities,” said Vikrant Gazta, a representative of the liquor retailers.

“The complete procurement of all kinds of liquor by HP Beverages Limited will adversely affect 1,765 liquor retailers. It will lead to a situation where there will be unavailability of good liquor brands,” the retailers said. They alleged that the new system had led to a spurt in liquor smuggling.

They said while the state’s demand of 84 lakh cases per annum is met by 1,765 retailers, the HPBL was investing in only three depots to cater to the requirement of the entire state. “The capacity of these depots is very less as only 50,000 cases can be stored.  Moreover, in a tourism-driven state, each district requires one depot while under the new system, the three depots exist only at Baddi, Mandi and Kangra,” said Gazta.

The retailers lamented that they had paid huge sums as licence fee, infrastructure costs, manpower and they were under tremendous pressure to ensure profitable sales amid the growing liquor shortage. They added that they would have to now travel long distances to procure liquor and there was also the problem of branded liquor not being available. 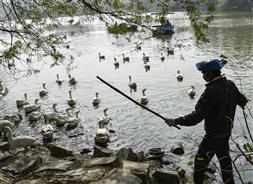