This summer marked a spontaneous revival of the brilliant and understated kaleidoscope of the filmography, art, lyrics, music, detective and crime fiction and children’s literature of legendary Bengali filmmaker Satyajit Ray, who was born on May 2, 1921. 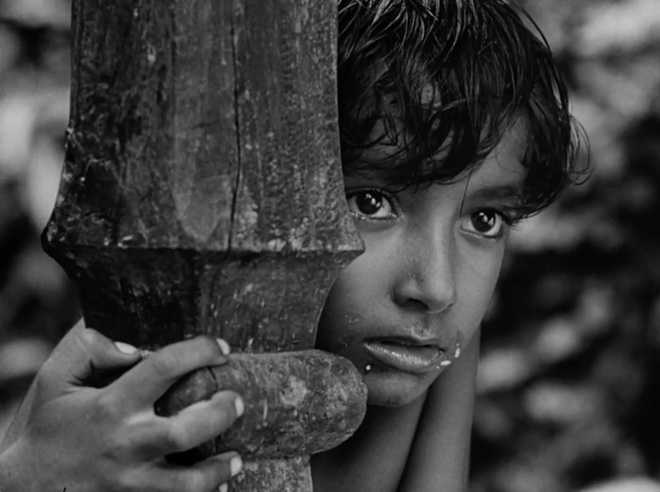 This summer marked a spontaneous revival of the brilliant and understated kaleidoscope of the filmography, art, lyrics, music, detective and crime fiction and children’s literature of legendary Bengali filmmaker Satyajit Ray, who was born on May 2, 1921. That he has got an Academy Award for Lifetime Achievement fades away in the cult status Ray and his vast repertoire of work, including his films, has acquired in Bengal, India and all over the world, especially in the eternal hall of fame of world cinema.

This year also marks the 50th anniversary of his classical spoof, adventure, travel and fun musical, Goopy Gyne Bagha Byne. Besides, Penguin is going to publish two new undiscovered writings of Ray. Film clubs are screening his films all over the country, especially in Bengal. Tributes are being written and memories being resurrected. Towards the end of June, a film club in Delhi is hosting a three-day film festival at Siri Fort Auditorium dedicated to Ray. Epical movies of some greats of world cinema like Francois Troufaut, Fredrico Fellini and Werner Herzog are also being showcased.

Ritwik Ghatak, an ‘anarchist’ legend in Bengali cinema, who made deeply sensitive films like Ajantrik, Meghe Dhaka Tara and Komal Gandhar, once reportedly said, “In Bengal, there are only two filmmakers. One is an egotist, the other is an alcoholic.”

Indeed, while Ghatak surely was a self-confessed alcoholic, plus a genius who created an absolutely non-conformist language in film scripting, cinematography and film direction, Ray was certainly not an egotist. This has been testified by almost his entire crew, including his lead actors like Soumitra Chatterjee, Madhabi Mukherjee and Sharmila Tagore.

Ray marked a departure in filmmaking because of his eye for detail and nuanced subtlety. He would, for instance, painstakingly draw every scene of his film in multiple sketches, like old negatives in the darkroom of studios, which would run in hundreds of reels. His actors, musicians, camera person and lyricist would know every shot with its smallest detail, even before the cameras would roll. In that sense, Ray was editing his film while shooting.

His films were not gigantic celebrations with huge sets and undulating cinematography as some of the films made by Kurasawa. They were shot in simple structures, natural settings and sets, with outdoor locations such as a dense green Bengali village surrounded by lush green kash flowers and train tracks in the distance, or a guest house in a forest and tribal area on the borders of Bengal. These were low-budget films, as was the epic Pather Panchali made by selling off the jewellery of his wife, while Ray never really had any earlier experience of film direction.

A master of the understated, his early films are classical examples of the nuance in aesthetic expression. In Pather Panchali, for instance, a grasshopper is hopping in a typical pond in anticipation of rain with Ravi Shankar’s magical sitar as backdrop, a ‘mishti’ vendor carrying sweets on his shoulder enters a village bylane surrounded by lush green trees with children waiting in anticipation, young Durga stealing a guava from the neighbourhood house, little Apu getting his hair combed, the arrival of a postcard from father from distant lands and a sudden smile on the tired and helpless mother’s face.

Abject poverty is not glorified or fetishised. It does not become socialist realism or propaganda. It is depicted with deep sensitivity and compassion and layered with humanism and dilemma. Exile, migration, death and loss, unprecedented pain and relentless suffering, the most difficult dimensions of a life’s journey, is woven with the zigzag of village bylanes, with little joys snatched from time and space, and invisible moments of hope. Revelations of sudden happiness arrive with its inevitable and repetitive cycle.

Young Durga’s death after she catches severe cold since she thoroughly enjoys getting drenched in the rain is not an unexpected phenomena of the time and era of poverty and underdevelopment depicted in the film. Or the evening song of the grandmother in her old melodious voice: “Aamar din je gelo, shondhya holo, paar koro aamaare…” (My day has gone, evening has set in, please allow me to go...) Her death too is just about held back. Her body is being taken by four men on their shoulders and the long shot is just about fleeting enough to clutch at the deepest strings of your heart.

Not only the celebration of life, it is in the rare moments of death that Ray shows what a great master of emotions he is. In the sequel of Pather Panchali, Aparajito, when Apu’s father dies in ‘Kashi’ (Benaras), the utter shock is not shown by a wailing wife. Instead, it is the sudden sound of collective fluttering of pigeons in the neighbourhood — as if a truly shocking and tragic moment of infinite grief has arrived.

His films celebrating women’s liberation are original and unprecedented in that conservative era, including films with subtle and hidden romance, women exercising their freedom outside orthodox husbands, or entering extra-marital relationships. Charulata, Mahanagar and Ghore Baire are three such films with women as liberating protagonists.

This year also marked the 50th anniversary of Goopy Gyne Bagha Byne. The film celebrates the journey of two folk musicians across the landscape of India’s incredible topography celebrating the silence of thick forests, snowcapped peaks of the Himalayas, rivers, ponds, village courtyards, vast meadows and beaches full of wind and moonlit tide. At one moment, this is like a film for children, like his detective thriller, Sonaar Kella, set in Jaisalmer. At another instance, it is a fully adult film, reopening the political unconscious into new windows of joy, surprise, wonder and enlightenment. The songs celebrate the ecstasy of wandering aimlessly from one landscape to another with joy in the heart and freedom in the soul: “Aha…kianando akaashe bataashe…” (Aha.. what great joy in the sky, in the wind). Truly, this was Ray celebrating the melody and liberation of the soul across the salt and soil of his country — India.

His other ‘children’s/adult film, Hirak Rajar Deshe, with another genius enacting the role of a cruel king, Utpal Dutt is both a spoof on dictatorship and an unabashed celebration of anti-war catharsis. In the end, soldiers of the two armies are waiting to start the carnage. Suddenly, the sky opens, and there is a flood of sweets raining from the sky, the delicious Bengali ‘mishti’ — sondesh, rajbhog, chomchom, kancha golla. So what do the soldiers do? They drop their arms and run after the sweets.

The war never started. The war is over.

Master of all trades

When most Bengali young men were writing poetry, Satyajit Ray was listening to European music. He was a self-confessed fan of Hollywood and European cinema. He was an artist, lyricist, musician and calligrapher, learning his early skills in Rabindranath Tagore’s Santiniketan. He has reportedly founded four Roman scripts: Ray Bizarre, Ray Roman, Holiday Script and Daphnis. Ray Roman and Ray Bizarre won an international competition in 1971. His room in his house in Calcutta overlooked a huge window with a tree. He would put up his long legs on the window and watch the tree in silence. His house apparently had a room full of film posters. His music collection apparently outmatched that of Amitabh Bachchan. He himself designed scores of film posters. Few know that he worked in the ad industry and designed the original red and white elegant pack of Wills Navy Cut cigarette. He started the children’s magazine, Sandesh, in 1971, and followed his father, Sukumar Ray’s legendary tradition of great literature for children, as in the classical book of nonsense rhyme: Aabol Taabol.

The quiet but deep observation, understanding and love of the human race, which are characteristic of all his films, have impressed me greatly.... I feel that he is a ‘giant’ of the movie industry. Not to have seen the cinema of Ray means existing in the world without seeing the sun or the moon. I can never forget the excitement in my mind after seeing it (Pather Panchali). It is the kind of cinema that flows with the serenity and nobility of a big river. People are born, live out their lives, and then accept their deaths. Without the least effort and without any sudden jerks, Ray paints his picture, but its effect on the audience is to stir up deep passions. How does he achieve this? There is nothing irrelevant or haphazard in his cinematographic technique. In that lies the secret of its excellence. — Akira Kurosawa, Japanese filmmaker

In his films, abject poverty is not glorified or fetishised. It does not become socialist realism or propaganda. It is depicted with deep sensitivity and compassion and layered with humanism and dilemma. Exile, migration, death and loss, unprecedented pain and relentless suffering, the most difficult dimensions of a life’s journey, is woven with the zigzag of village bylanes, with little joys snatched from time and space, and invisible moments of hope. Revelations of sudden happiness arrive with its inevitable and repetitive cycle.