CHANDIGARH: A high-velocity dusty wind, which hit the city in the evening, left residents of many sectors without power for hours together. 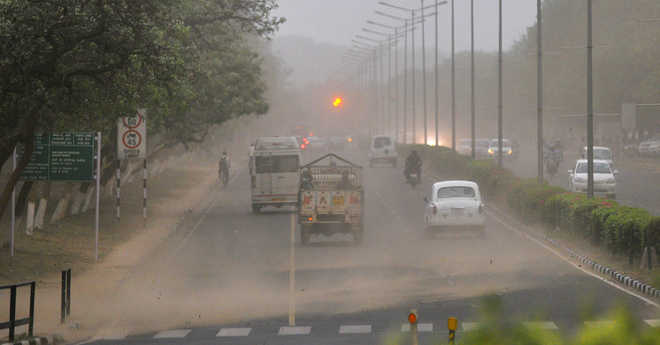 A road dividing Sectors 9 and 10 in Chandigarh on Monday. Tribune Photo: S Chandan

A high-velocity dusty wind, which hit the city in the evening, left residents of many sectors without power for hours together.

Surinder, a trader in Sector 17, said unscheduled power cuts after a storm had become routine. Complaints continued to pour in at the complaint centre in the evening.

The residents complained that they could not get through to the complaint centre as the phone remained busy most of the time.

Pawan Kumar, a resident of Sector 22, said power supply was snapped after the storm and was restored after a one-and-a-half hour ordeal.

An officer of the department said they started restoring the power supply soon after the storm was over in many affected areas. However, many residents complained that the supply was not restored for hours.