Property prices in Delhi and NCR witnessed a minimal downtrend of 1 per cent in April-June 2016, as compared to January-March 2016 and the rental market improved in the last one year, albeit insignificantly. 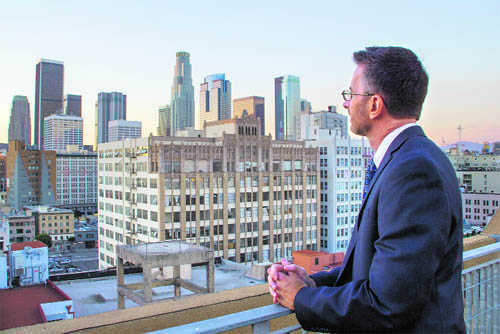 Property prices in Delhi and NCR witnessed a minimal downtrend of 1 per cent in April-June 2016, as compared to January-March 2016 and the rental market improved in the last one year, albeit insignificantly.

The 99acres Insite quarterly report which captures the capital and rental price trends of the residential realty market across seven major cities of India said that in the April-June 2016 period all major real estate markets of India steered away from the gloom of the preceding quarters and entering a recovery mode.

This revival process was catalysed by the record budgetary allocation of Rs 2.21 lakh crore towards infrastructure development, tax exemption for reinforcement of affordable housing and introduction of REITs, the report said while adding that the Indian real estate can blaze the growth path sooner if project deliveries are smoothened and property buyers are offered higher tax benefits on their investments.

Commenting on the report, Narasimha Jayakumar, Chief Business Officer, 99acres, said, “The numerous government policies and infrastructure enhancements are yet to make a mark on Delhi NCR’s property landscape. However, improved road and metro connectivity between Noida and Gurgaon, and high rate of office space absorption have given a fillip to rental sentiments. Reduction of disparity in the demand-supply equation can further improve the real estate story of Delhi NCR”.

Delhi’s real estate story continued its paradoxical trajectory, with prices remaining stubbornly high despite towering unsold inventory. The city witnessed a fall of 2 per cent in the average value of apartments QoQ, with only one-sixth of the tracked localities posting a price rise.

Only one-fifth of the tracked localities in Noida recorded an increase in property prices, amongst which Sector 82 showed 4 per cent rise in values. However, several government initiatives and infrastructure development failed to turn Gurgaon’s realty fortunes, which delineated an average downtrend of 1 per cent. Only 20 per cent of the tracked localities in the Millennium City reported growth on the capital charts.

Residential apartments continued to dominate the market, being the highest supplied property type in Delhi NCR. However, the demand-supply gap in this format persisted despite apartments capturing 60 percent of the total market share.

The mid-income housing category (Rs 40-60 lakh) was the most preferred in Noida-Greater Noida, followed by Gurgaon. However, supply in both the zones fell short due to maximum new launches focussing on higher ticket prices.

The city’s inventory seemed to be inclined towards large sized houses, especially those configured as 3BHK and 4BHK units. While the availability of 3BHK units sufficiently met market requirements, 4BHK units remained oversupplied. Delhi and Gurgaon housed the maximum inventory of 4BHK units.

Nine out of ten homebuyers in Delhi NCR prefer ready properties to under-construction homes, due to the inordinate delay in project deliveries.  The total availability of ready properties continues to remain insufficient for the city’s appetite. After Delhi, Gurgaon had the largest share of ready-to-occupy homes.

Haryana’s transit-oriented development (TOD) policy is anticipated to increase FAR from 1.75 to 3.5 along metro corridors and reduce property prices in Gurgaon, which might propel sales volume.

Infra enhancements such as the opening of the 53-km Palwal-Manesar stretch of the Kundli-Manesar-Palwal (KMP) Expressway are anticipated to uplift market sentiment.

Over 30 per cent of the inventory is under-construction due to litigation and clearance troubles.