State all for scrapping of Indo-Pak water treaty

SRINAGAR:Successive governments in Jammu and Kashmir have been pushing for scrapping of the World Bank-brokered 1960 Indus Water Treaty (IWT) between India and Pakistan which has caused heavy losses to the state and put a spanner in its development. 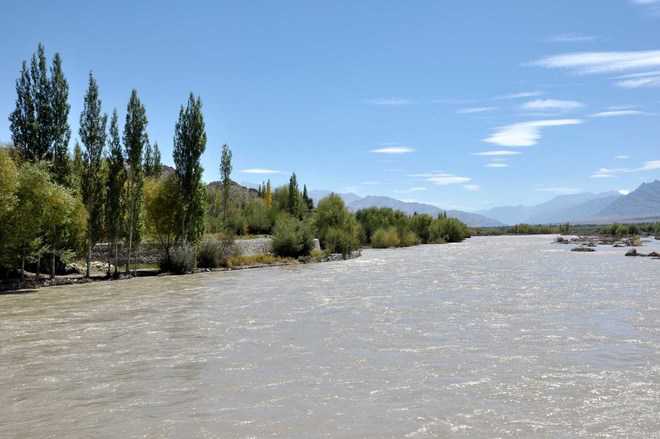 Successive governments in Jammu and Kashmir have been pushing for scrapping of the World Bank-brokered 1960 Indus Water Treaty (IWT) between India and Pakistan which has caused heavy losses to the state and put a spanner in its development. As voices for scrapping the IWT as a non-military action against Pakistan go stronger,  New Delhi is getting support from J&K through which flow all three rivers that enter Pakistan and over which it has rights.

The water-sharing agreement restricts J&K from fully exploiting its hydro resources for irrigation and power generation. It is seen as a bottleneck for which J&K state has forgone its development of industry, power and agriculture for the last 60 years. “Our estimates put the losses incurred by the IWT to nearly Rs 25,000 crore,” a senior official in the state irrigation department told The Tribune.

Civil society, political parties, chambers of industries and commerce, and experts unanimously decry the treaty, and its effects on Kashmir’s economy.

The IWT is a mechanism for regulating the flow of the transboundary Indus river and its five tributaries — Jhelum, Chenab, Ravi, Beas and Sutlej – between India and Pakistan.

Under the treaty, India received exclusive rights for use of waters from the Indus and its eastward-flowing tributaries Ravi, Beas and Sutlej before they enter Pakistan whereas Pakistan has rights to three large western rivers that first flow through J&K -- Indus, Jhelum and Chenab.

After the fidayeen attack on Army in Uri on September 18, New Delhi is weighing military and non-military options to avenge Islamabad. Among the options available with New Delhi, the scrapping of the IWT is suggested as the most effective option.

Even former External Affairs Minister of the BJP Yashwant Sinha has called for abrogation of the IWT with immediate effect.

Following public opposition to the IWT, the J&K Legislative Assembly in 2002 passed a resolution to seek the termination of the treaty.

Since, then the IWT has come up in various discussions in the Assembly. The National Conference has termed the treaty as a “sign of slavery” for people of J&K and their violation of human rights.

In view of the state’s concern on account of losses being suffered due to the discriminatory provisions of the treaty, the Working Group on Economic Development of Jammu and Kashmir headed by Dr Rangarajan had recommended special grant for development of various power projects in the state and enhancement of free component of power to compensate the state for the IWT losses. The previous NC-Congress government had accorded a sanction to engage a private firm as consultant to quantify the losses suffered under the IWT and to seek compensation from both countries.

Tokyo2020 medals are not edible; you don't have to bite the medals...but we know you still will, say Olympics organisers