JALANDHAR: A major tragedy was averted on Monday as fire broke out at the PSPTL scrap yard adjoining the Indian Oil dump here. No loss of life was reported. 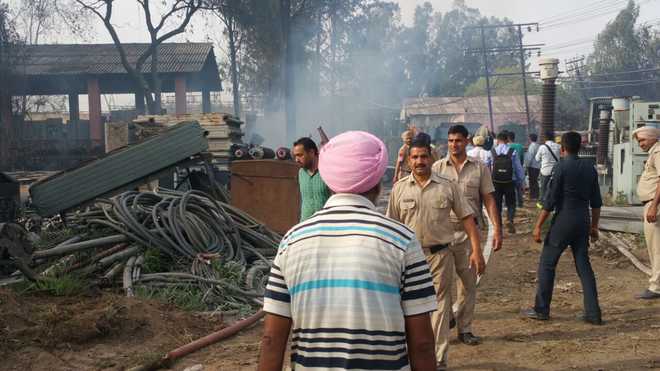 The fire being extinguished. Tribune photo

A major tragedy was averted on Monday as fire broke out at the Punjab State Power Transmission Limited (PSPTL) scrap yard adjoining the Indian Oil dump here. No loss of life was reported.

Transformers filled with highly-inflammable transformer oil exploded. Army and Air Force officials were roped in to douse the fire. The transformers were covered with foam solution to cool them.

The situation was brought under control and hundreds of lives saved.