CHANDIGARH:The Punjab Government''s nod to the appointment of TV anchor-cum-actress Satinder Satti to one of the top three posts of the Punjab Arts Council has left Punjab’s literati and artists aghast. 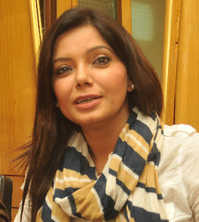 The Punjab Government's nod to the  appointment of TV anchor-cum-actress Satinder Satti to one of the top three posts of the Punjab Arts Council has left Punjab’s literati and artists aghast. They view it as an “insult to the council's rich legacy”, considering the fact the council was once headed by personalities such as Dr MS Randhawa, Dr Sardar Anjum, KS Virk and Dr Kartar Singh Duggal.

The term of the chairperson, vice-chairperson and secretary-general of the council  ended in mid-August. As per the norms, the council's general body simply accepts the names approved by the government for the three posts. Hence, when the council meets on September 5 to announce its officer-bearers, Satti is bound to be one of them. She is a frontrunner for the post of president.

Calling the decision as "unfortunate," Sahitya Akademi awardee Baldev Singh Sadaknama, said: “Satti is an expert in her own field. But the council office-bearers should be known for their contribution to literature, literary criticism and other art forms.”

Poetess Manjit Indira, who initiated a fierce online debate on the issue, said the decision on Satti was just not right while Punjabi writer Dr Daleep Kaur Tiwana said: “Politicians should keep off such organisations.” Satti, admitting that "considering the name of a 'mainstream' artist" for the post was an uncommon step, promised to do her best. The government has also approved the name of Jalandhar-based Dr Lakhwinder Johal.