Women on board make sense

Around two years ago, the new Companies Act made it mandatory for listed companies to appoint at least one woman on board of directors. And it is not just equality that we are talking here right now, we are talking business. 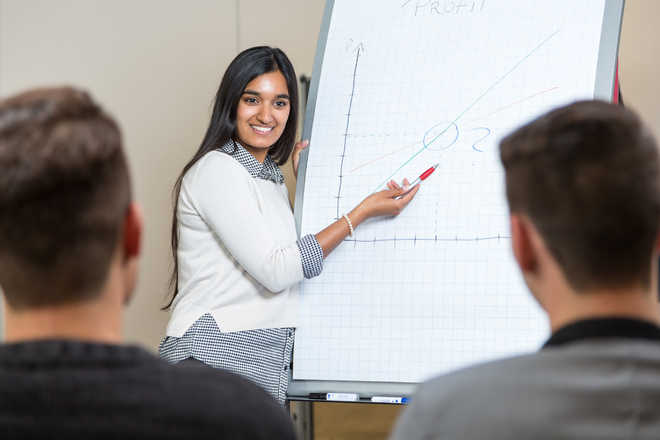 Around two years ago, the new Companies Act made it mandatory for listed companies to appoint at least one woman on board of directors. And it is not just equality that we are talking here right now, we are talking business.

Today, there are more women on boards of Indian companies than ever before, though not all companies have yet complied with the law. From less than 5% of all board members, women are now nearly 8% of all directors. However, the most important change is that companies are getting used to the idea of having women on boards. Moreover, they are realizing that women directors add significant value to boards.

However, numbers do not tell the entire story. Women are changing boards in many, though subtle, ways that have a significant effect on board culture and output. Even with just one woman present, the fraternity culture of boards has been disrupted. The consensus of the old buddies club no longer holds and issues get discussed afresh. Board meetings are now more formal, focused and open. More importantly, women have brought a different perspective to strategic issues, which have prompted boards to be more responsible and avoid costly mistakes.

Typically, women directors tend to be more protective about the company’s money, employees and reputation. They tend to be less supportive of betting collective interest for adventurous schemes. Being an extreme minority and practically an ‘outsider’, women directors ensure greater scrutiny of board considerations and decisions. This eventually reflects in company’s performance and soundness.

It is a myth that women directors are there only for compliance and are consigned to non-core issues such as CSR. Women directors are as varied as men directors and many of them have qualifications to influence decisions about finance, operations, marketing, technology and more. In any case, no man or woman director knows everything about everything and boards ensure that all members are explained issues that are outside their domain.

Typically, new women directors begin by listening and learning and soon they start asking questions and contributing ideas. How a woman is treated on a board depends on her own contribution. Women directors have to focus on what they bring to the table and not on men’s skepticism. Ultimately, everybody cares only about contribution and the value a director on the board brings – man or woman.

Being the only woman in the board room has its issues and can be daunting. One starts with an identity based on gender and not intelligence. It is harder to challenge the consensus as the odd one. It helps to have at least one or two other women in the room to diffuse the focus on one’s gender and be seen as a person, but more often than not, that is not the case. Too often, the value of being different is lost because of a reluctance to be seen as the spoilsport.

It is important that women who get on to boards stay there. It is easy to get intimidated or frustrated and throw it all away. Like any other job, being a board member requires learning and adjustment. Eagerness to make instant impact can make others hostile and being passive only justifies their prejudice. Winning the respect of fellow board members is not only the key to doing one’s job as director, it is crucial for opening the doors for other women. But it doesn’t come easy. It calls for patience, perseverance and knowledge.

The experience of bringing women on company boards has been mostly positive and the trend is likely to gain momentum, irrespective of the law. Ultimately, it is the business value created by women that will determine their presence and role on boards. However, women are here to stay and gender will no longer be a consideration on their seat on a board; but their contribution to the board certainly will!

Taking her in stride

Companies with diverse executive boards outperform peers run by all-male boards according to a 2015 research from Grant Thornton. The study, which covers listed companies in India, UK and US, estimates the opportunity cost for companies with male-only executive boards at a staggering US$655 billion ( Rs 4.5 lakh crore approximately) in 2014. In a release, Francesca Lagerberg, global leader for tax services at Grant Thornton, said the research had shown that diversity leads to better decision-making. However, she pointed that while data from three countries alone was compelling, just one in ten of the companies they analysed had women board executives. “In an era when productivity puzzles persist and economies trade within globalised markets, facilitating female participation at a decision making level within companies might just give them a competitive advantage,” she noted.

The writer is on the board of Sun Pharmaceutical Industries