The unfinished pillars to construct a barrage on the Tawi is turning into an eyesore for the locals. It also shows the apathy of the previous government. 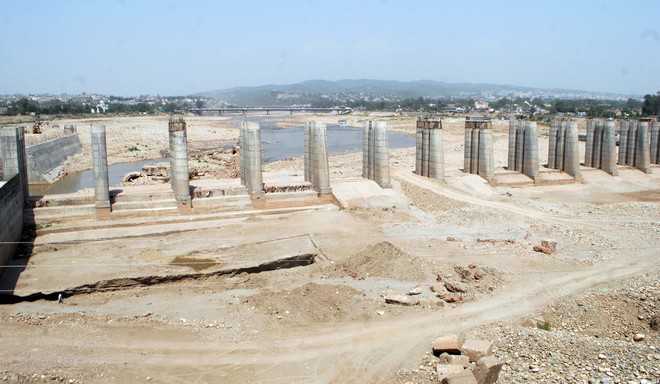 The Tribune invites its readers to have their say. Please email at: jkreadersfeedback@tribunemail.com

The unfinished pillars to construct a barrage on the Tawi is turning into an eyesore for the locals. It also shows the apathy of the previous government. The barrage was supposed to be completed in 2010-11, but it has been lying abandoned. However now, the priority of the new government should be to complete the project to make the city a tourist attraction.Vikas Sharma, Rehari

IN Jammu city, most of the milk is being supplied by the Gujjars and dairies being run by individuals. But at times, the quality of milk, especially during festivals, is not up to the mark. So, there is a need to keep a check on milk and its products being sold in the city. It's an appeal to the authorities to take suitable steps. Mahinder Jamwal, Chinore