JOHANNESBURG: Former South African president Jacob Zuma was on Thursday called to give evidence next month at a judicial inquiry into alleged corruption during his nine years in office. 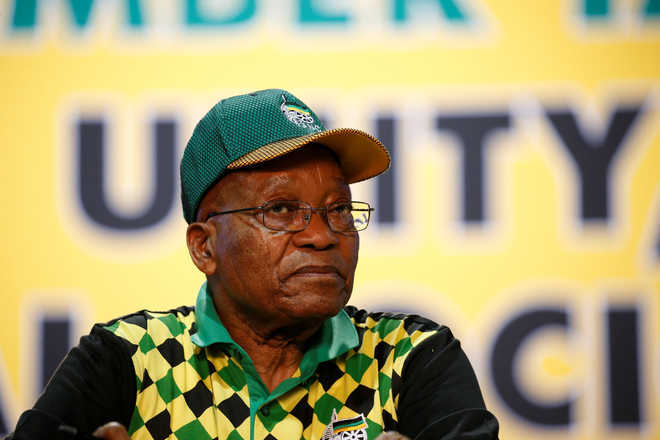 Former South African president Jacob Zuma was on Thursday called to give evidence next month at a judicial inquiry into alleged corruption during his nine years in office.

The commission headed by Judge Ray Zondo is investigating a web of deals involving government officials, the wealthy Gupta family and state-owned companies during Zuma’s presidency.

Zuma has been scheduled to appear at the inquiry between July 15 to 19 “to enable him to give his side of the story”, the commission said, after he was implicated by other witnesses in alleged corruption.

It added in a statement that Zuma had not confirmed whether he would appear on the scheduled dates, despite six weeks of discussions with his lawyers.

It said it had refused his request to be given questions in advance.

Zuma, who was forced to resign last year under a cloud of corruption scandals, allegedly accepted monthly bribes from a security firm, according to one witness at the Zondo commission.

Zuma, 77, has also been charged with 16 counts of graft linked to an arms deal from before he became president. He is seeking to have the case thrown out. — AFP