DERA BASSI:Illegal sand mining which was under control following the police crackdown in the last couple of months has once again resurfaced in Dera Bassi. 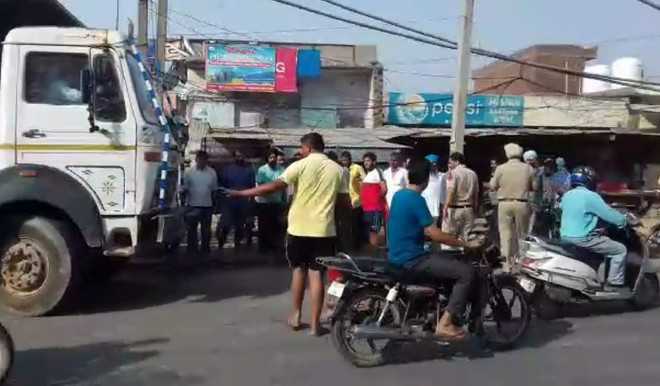 Illegal sand mining which was under control following the police crackdown in the last couple of months has once again resurfaced in Dera Bassi.

High drama was witnessed near Kuranwala village on Wednesday after villagers stopped the tippers ferrying sand. The tippers were coming from Barwala side.

Residents complained that illegal mining was being carried out in Dera Bassi. They said tippers and tractor-trailers were being used to transport material illegally.

The police officials said they had set up barricades at night to check illegal sand mining and impounded vehicles as well. However, irate residents said despite presence of police barricades and routine patrolling, transporters continue to ferry sand and gravel right under the nose of the district administration.

Residents said action against illegal mining has not deterred the mafia.

Villagers alleged that drivers of tippers and heavy machinery were fined in the name of action but big fish remained untouched.

Harcharan Singh Bhullar, SSP, Mohali, could not be contacted despite repeated attempts.