THIRUVANANTHAPURAM:Shubman Gill was back in form with an unbeaten 66 after the India A bowlers set the platform, dismissing South Africa A for 164 on the first day of the unofficial Test. 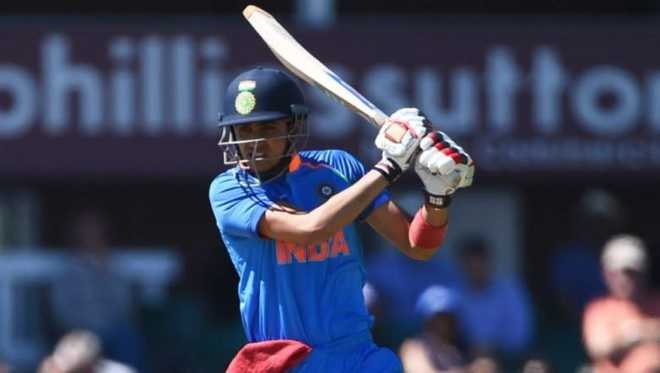 Shubman Gill was back in form with an unbeaten 66 after the India A bowlers set the platform, dismissing South Africa A for 164 on the first day of the unofficial Test.

Gill played out Lungi Ngidi’s (1/18 in 6 overs) first spell as he faced 108 balls, hitting nine fours and one six as India A were in command, reaching 129/2 at stumps. With India looking out for an opener who can replace an out-of-form KL Rahul, a big innings from Gill will put him in contention alongside Abhimanyu Easwaran and Priyank Panchal. The youngster had two steady partnerships — 48 for the opening wicket with Ruturaj Gaikwad (30) and 56 for the second wicket with Ricky Bhui (26). This was after the bowling attack demolished the South Africans for a meagre score in 51.5 overs.

Sent in to bat by the hosts, the visiting side was jolted early when opener Aiden Markram was caught behind by wicketkeeper Kona Bharat off Mohammed Siraj in the first over. Soon South Africa A were tottering at 22/5 and the Markram-led side looked in danger of being bundled out for a double-digit score. Marco Jansen (45*) and spinner Dane Piedt (33) helped the team cross the 150-run mark.

New Delhi: Mumbai stalwart Amol Muzumdar was appointed batting coach of the visiting South African team for the Test series against India beginning October 2. The 44-year-old, who made 11,167 First-Class runs at an average of 48.13 but never got to play for India, confirmed the appointment. “I was approached last week and I have accepted the challenge. It is a great opportunity for me. To be associated with an international side, that too a team like South Africa, is a huge honour,” Muzumdar, who played most of his cricket for Mumbai, before moving to Assam and subsequently Andhra Pradesh said. — PTI