CHANDIGARH:The Haryana Government has issued a revised combined merit list of JBT and primary teachers following the directions of the Punjab and Haryana High Court.

The Haryana Government has issued a revised combined merit list of JBT and primary teachers following the directions of the Punjab and Haryana High Court. With the revised list, nearly 1,225 Junior Basic Training (JBT) teachers and Primary teachers (PRTs), who were issued appointment letters, are set to lose their jobs.

The revised combined merit list has been uploaded on the official website of the Department of Elementary Education.

A Division Bench of the Punjab and Haryana High Court had recently directed the Haryana Government to prepare a combined merit list of eligible candidates who had cleared HTET exams in 2011 and 2013 and appoint teachers accordingly.

While 983 names of such teachers are from the ‘rest of Haryana cadre’ and 242 candidates are from the Mewat cadre who are set to lose their jobs as per the new combined list prepared by the government.

A senior official of the state government said as of now, they had decided to remove 1,225 teachers whose rank had come down after preparation of the combined merit list. The decision was taken in a recent meeting of senior officials and the list had now been prepared, he added.

“In place of these 1,225 teachers, the government will appoint teachers as per the fresh combined merit list,” the official added.

The interviews were held and the result was declared on August 14, 2014. But petitions were filed in the High Court by candidates who had passed HTET exam in 2013, pleading for consideration of their cases under the earlier advertised posts.

Later, another set of petitions were filed pleading that before declaring the result, credentials of all candidates be verified.

Recently, the Haryana Government had cancelled the selection of 352 primary school teachers following negative reports from the Forensic Science Laboratory (FSL) and the State Crime Record Bureau (SCRB). The rejected candidates were those whose thumb impressions were not found identical by the SCRB or whose signatures were could not be matched by the FSL. 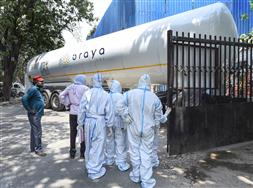