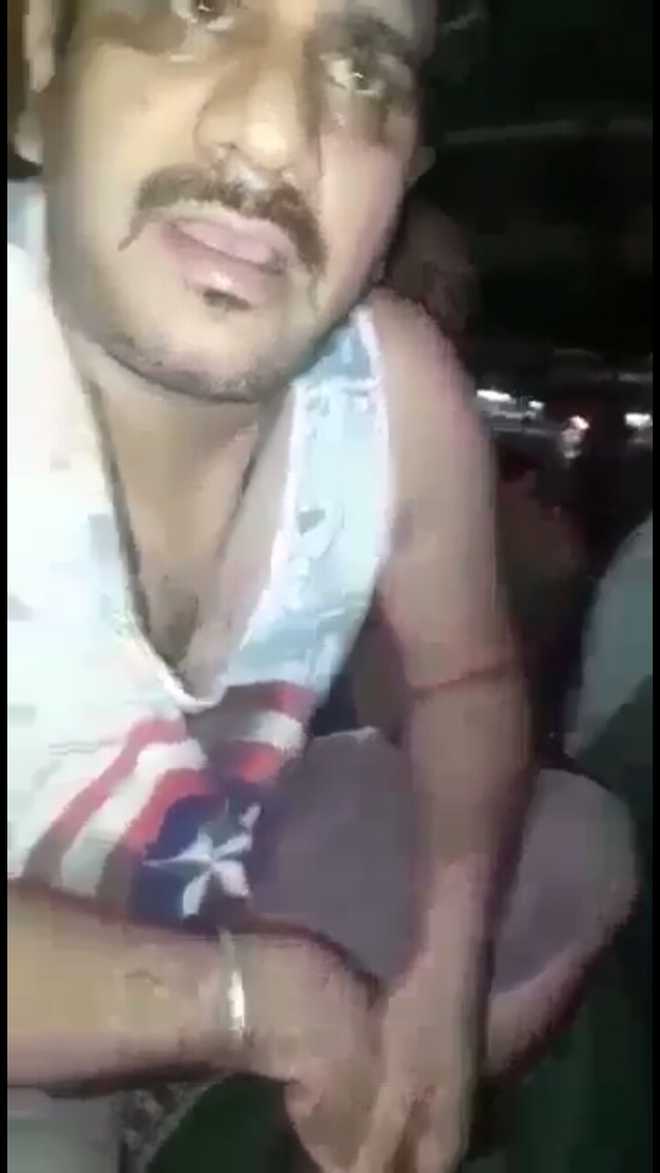 The officer, identified as Inspector Tarun Dahiya, in-charge of Tauru crime unit, was apprehended by local police in the wee hours of today for parking his car in the middle of the road, playing loud music and then dancing there.

The act led to a traffic jam with numerous trucks lined up on the road and local police had to intervene.

However, to save face the matter was hushed up and only a DDR was filed till a video of the accused cop went viral and the commissioner wrote to SP of Mewat recommending suspension.

“We are shocked and embarrassed. It is unacceptable. If a common man does this, we do not spare him and here is a cop who is expected to be more responsible and he creates nuisance and when apprehended he misbehaves with fellow cops. We have asked SP, Mewat, to take immediate action in this,” said Commissioner KK Rao.

Numerous calls made to SP, Mewat, Naazneen Bhasin, to enquire about the action went unanswered.

According to sources, the drama started post midnight on Sheetla Maat road when police got information about two drunk men dancing in the middle of the road after parking their car there.

When cops reached the spot, the accused identified himself as an inspector and refused to budge saying he could do anything.

“We went there and saw some commotion. Several trucks and other vehicles stood waiting with a Fortuner car parked in front and its stereo playing loud music. Two men dressed in night clothes were dancing in front of it. When we approached them asking them to stop, one of them claimed that he was inspector Tarun Dahiya and posted in crime unit, Tauru.

“He started abusing us and soon other drivers gathered and threatened to bash them. We informed the police station and they asked us to bring them there. The concerned men continued abusing and pulling our hair till we reached the station,” he said.