CHANDIGARH/HISAR: Anita Kundu, a Sub-Inspector in Haryana Police, on Sunday scaled Mount Everest for the second time in four years. She has become the first Indian woman to climb the peak from the Chinese side. 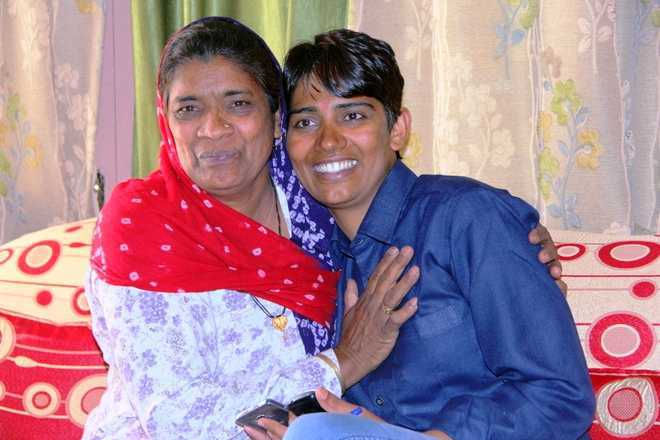 Anita Kundu with her mother. — A file photo

Anita Kundu, a Sub-Inspector in Haryana Police, on Sunday scaled Mount Everest for the second time in four years. She has become the first Indian woman to climb the peak from the Chinese side.

Kundu, who had scaled the highest peak from the Nepal side on May 18, 2013, today hoisted the Tricolour on the Mount Everest.

Her family shifted to Hisar 11 years ago after the demise of her father. Anita’s mother, Rajpati Devi, raised the family by selling milk.